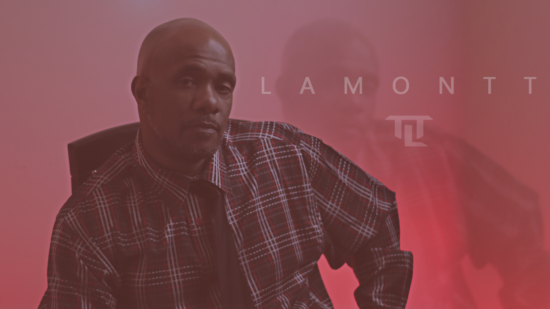 Life will always have its twists and turns. Our job as artists is to take these experiences and turn them into songs for the world. Our recent find Lamontt takes great pride in this and being a part of the listener’s life.

First off, what was behind the decision to go with simply Lamontt as your artist name?

LAMONTT was not a random pick nor a first choice for me, I actually had a different stage name earlier in my career. I decided to change my stage name because I started working with a different management team that had a different approach in rebuilding me as an artist and creating a new brand which only felt right to choose a different name.  After much thought, I decided to use my real middle name which is Lamont, and adds my first initial to the end which is T (Anthony/Tony) which gave me LAMONTT.

My style is a reflection of the music I grew up on, experiences I’ve had. I listened to a lot of Old school R&B from Stevie Wonder to Sam Cooke to The Temptations to The Four Tops, Diana Ross, Whitney Houston, New Edition to Michael Jackson. Also, I listen to 90’s – Present artists of different generations such as Chris Brown, Kem, Tory Lanzes to Faith Evans Usher and so on.

So I think my style would be old school R&B mixed with current hiphop/R&B. I might give you a uptempo song and turn around and do a ballad on my next release.

One of the biggest artist that have played a major part/influence in my career would be Carol Thomas, after meeting him at Bad Boy Records back in the day and him dropping jewels on me telling me to keep grinding that was a major motivation for me as an artist. I don’t think any artist that was doing R&B music in the 90’s has had some influence from R.Kelly despite his current situation it was amazing music at that time. Also being greatly influenced by Tank who gives the fans that raw talent.

Life! Everyday we wake up and can get creativity from everything around us. I love the reaction a fan gives me after seeing me at the car wash or hearing a new single I release. It drives me to see how my music can change someones day just from words and melodies.

Back in 2017, your single “HEELZ” got some traction. What was it about that song that drew in critics and fans?

Heelz was one of the biggest songs in my career gaining 100k streams in its first quarter gaining PR attention at Pandora Radio. It has  a heavy lead bass that Djs fell in love with. A great party record if you are just looking to get in the vibe for tonight. The story behind Heelz is I really wasn’t feeling the song and my management team was pushing me to finish my second verse because they knew the song was going to take off, so after I dropped the second verse we released it in like 48 hrs and it was history.

Fans can always Google LAMONTT and all social media and info will come up. I do enjoy communicating and interacting with my fans. Listeners can always expect to get great content that will connect with any mood. Good and easy listening

Share some advice for other artists trying to build a career?

There are a few main tips I give artists out here that are perusing their music dream. The first is investing in your self, it all starts with buying that $30.00 beat lease this is something that a lot of upcoming artists struggle with. The next would probably build your team, this is another important piece to have when trying to make it in this industry and when I say a team of people I mean people that will help promote your music maybe invest in you this could help you grow as an artist and boost the start to your campaign.

I think networking is also a key tip, we live in a time now when you can network with an artist in China and never meet in person and could possibly make a hit song that could go viral this is something a lot of artist shadow over too. It all goes back to the real grind, don’t be scared to leave your city to pursue your career, a lot of artists come from small towns where there is not much going on for the music scene. You have to get in front of people and perform and make them fans. There are so many tips I could give but I will end it and say if the upcoming artist follows these few things they will gain some sort of traction in the music industry

Give us a look at the future of Lamontt?

Right now we are campaigning for my upcoming release Offended releasing June 2, 2020, on all digital platforms Pandora, Apple Music, Tidal, etc. 2020 I plan on releasing some music videos so my fans can see visuals, We are pitching to sound Libraries so looking to get music in Movies or TV shows and as always keep promoting the LAMONTT brand and creating good content. 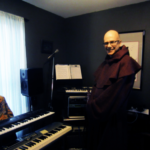 Artist To Watch In 2020, May Edition: Dale Benedict Previous
Annie O'Malley Is Tired Of Being "Mrs. Nice" Next 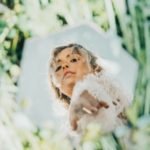