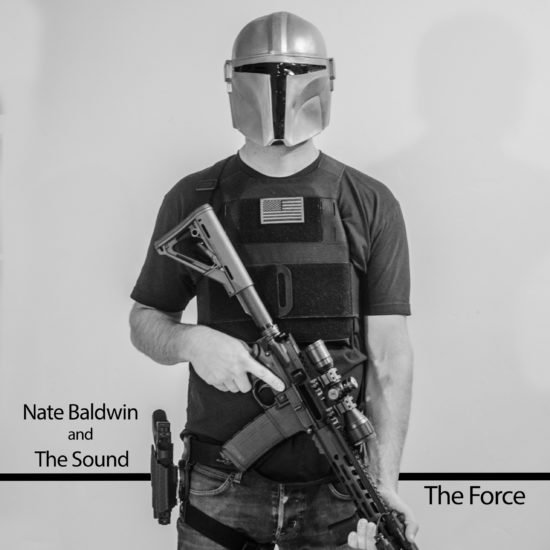 Finding inspiration for your songwriting can come from anywhere. Our new friend Nate Baldwin took one of our favorite stories and turned it into his newest EP The Force.

We caught up with the singer-songwriter to get a deeper look into how he works and how he reached this point in his career. Enjoy the interview:

First off, I understand you are Nate Baldwin but who is The Sound?

The Sound is a revolving door of musicians and friends I’ve played with over the years. It’s included more than 12 different musicians; everything from back up vocalists, drummers, guitarists, keyboard players, and writers.

How would you describe the music you create?

Most of the time it’s really just a desperate attempt to make something with guitars that sounds cool. Writing good music is really hard and my style has morphed over the years. At first I had a really clear idea of what I wanted to sound like, and now it’s more like the concept for the song guides itself. I really like what I call “straight” rock; meaning that it’s hard to put it into a specific sub genre by how it sounds. Bands like The Foo-Fighters, The Crash Engine, and Hot Water Music come to mind. So, if there’s any conscious attempt to fall into a specific style, that’d be it.

It’s kind of an eclectic list, but Tommy Emmanuel, The Beatles, Dave Grohl, John Recznik, Aaron Dale, and James Taylor to name a few. I listen to rock and roll mostly, but I am very heavily involved in singing a-capella barbershop music lately as well and the emotional power that barbershop can have has been the biggest influence on my writing lately.

You have been making music for quite a while. What keeps you driven?

I think the drive comes and goes. When I was younger there was a lot of self esteem that was tied up in the success of the music, so there was a constant drive to write, record, promote, and play shows constantly. As I’ve gotten older it’s become much more about the message in the music. As ideas come to mind for songs that will make the world a better place either because of a very important or uplifting message, or something just plain fun and entertaining, the drive comes back.

Your newest album seems to have a concept. Tell us about The Force.

I’ve always been a huge Star Wars fan. As I was getting into barbershop and focusing a ton on the message and the emotion of a song I was thinking about how much of a gut wrenching story Star Wars is from the point of view of the characters. Luke comes home from visiting a neighbor to find the charred bodies of his parents on his front lawn. Leia watches on while the entire planet she grew up on gets blown to bits. Vader has to watch his mother and his wife die and feels responsible for both their deaths. It’s really heavy, intense stuff. So, I thought, why not write some songs from their point of view.

What do you hope the listener takes away from a Nate Baldwin and The Sound song?

Not much, a laugh, a smile, some good times dancing around their living room. Maybe even an appreciation for the good in their lives. I believe that we as humans all have music built into us to make life better, so I hope to contribute to that.

Share some advice for other artists hoping for a long career in music?

This is a tough one. Music, especially in today’s world, doesn’t carry the monetary value that it should. For me, I had to step back from the idea of music being what would pay the bills, find a way to feed the family, and then come back to it. The hardest period of my life was when I realized that I might not be able to make a living as a musician. So, if I had any advice, it’d be to make music a part of your life that never goes away but not to rely on it as a career. If a career in music works out for you, then you’re one of the lucky ones. If it doesn’t, don’t be so attached to the idea that it destroys you if it doesn’t work out. Either way, never stop playing, no matter what. Today’s world needs music too much to have those who can make it give up because they have to have a day job as well.

Give us a look into the future of Nate Baldwin and The Sound.

I’ll keep plugging away. Concept albums seem to be easier to write for me. I’m working on another one now. My Dad recently requested a Beatles cover album, so that’s in the works too. If I can make music that makes people feel something, I’ll keep doing it. Who knows, maybe one day something will catch on and get to a bigger audience, but I’m just happy to be here.

PREMIERE: Dive In With Lyra Star's 'Under The Water' Previous
Genre Knows No Bounds For Lexxi Raine With Upcoming EP... Next 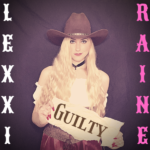