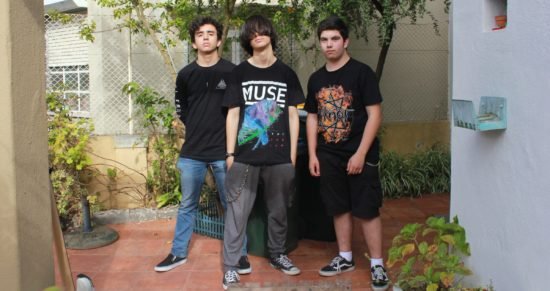 There is no minimum age to enter the music scene. If the passion for creating music is there, then just start playing no matter how old you are. Our recent discovery Reduce proves that this is the case. Hailing from Portugal they have been preparing to share their music since a young age.

We caught up with the band to dig a little deeper into their journey:

First off, tell us where the name Reduce came from?

It was summer 2017, when me (David, the vocalist and guitarist) and Austin, the drummer, decided to create a band of our own. We came up with a couple of ideas, I showed him a few that I had written in my notebook, (band names ideas such as ‘Swerm’, ‘Crude’, ‘valuekey’ and ‘Spawn’). Austin thought of longer band names but we came to the consensus that a shorter name was better. We landed on Reduce (pronounced ‘red us’) as an idea given by me.

Oh this one’s difficult. We try to mix different genres, such as Alternative metal, Punk rock and Lo-fi. We vary a lot from song to song but we still think they fit together in the same place.

Which bands have had the biggest influence on Reduce?

We have no definitive biggest influence, we draw upon bands such as blink-182, Avenged Sevenfold, Nirvana, Silverchair and underground bands such as Kim Normal or The Violet Stones. The bands that kicked our band off were younger bands that made us realize that there’s no minimum age for music. It’s for sure that if it weren’t for Silverchair we wouldn’t be here, or at least not the same way we are today.

You guys got started as a band at a young age. How do you find the time to rock will all the distractions?

Well it’s certainly not easy but we manage to still get ourselves united and we never let ourselves dry out. We didn’t actually start to jam together until 2018, but once it kicked off we kept the ball rolling. It’s all about the music.

How does a song come together for Reduce? What is the band’s songwriting process?

Usually we all write riffs as before the band we all mainly played the guitar, but most come from David and Miguel, the bass player. Lyrics come more naturally to me (Austin) and David so we’re the ones that take care of that. Then we join the ideas, add bass and drums and that’s pretty much it.

What is the music scene like in Lisbon, Portugal? Does rock still rule?

It’s completely different from the music scene in America, where rock and metal gets much less of a public eye but are kept alive through the fans. It depends a lot on the song, but we think that some types of our songs are generally less liked than in America by the masses, but just as enjoyed by the few.

Give us some advice for other bands finding their own way at a young age?

We are definitely not as popular or not as much of an influence, as other bands that started at our age, but our advice from personal experience is making covers of more popular songs within your genre. This way if you do it well and originally people interested in that genre or those type of songs might checkout your original work. Take for example, Kim Normal or Sarah Jane. Secondly, don’t be worried if things don’t kick off immediately. It took us years already to get where we are and we still have a lot more to go. Just make it about the music, the rest will come with time.

What does the future hold for Reduce?

We try not to plan out too far ahead, we prefer to roll with the punches. Our biggest desire however is definitely to spread our work and get people to relate to the songs or the lyrics themselves. 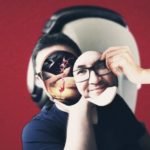 IBG Interview - 8 Questions With... The KOMPOZITOR Previous
Integriti Reeves Leads Us Up 'Stairway To The Stars' Next 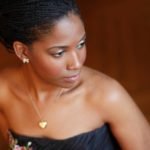 A BROKEN SILENCE BEAR THEIR ‘SOUL’ WITH THEIR NEW ALBUM