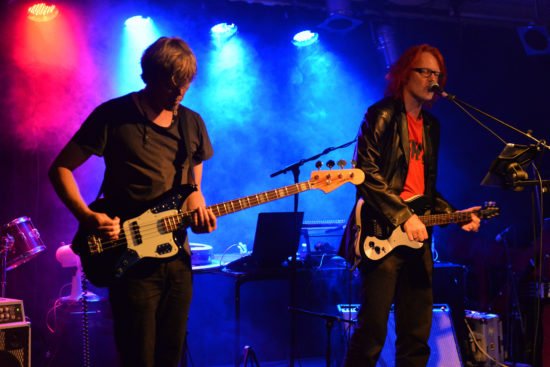 Finding your own sound is something every band must strive to do. Borrow from your influences but create something that is truly you. Our recent discovery State Of Mind has done just that.

We caught up with the innovative alt-rockers for an interview:

First off, How did the name State Of Mind come about?

When I (Kim Bülow Bonfils) first started writing songs for this new project, I realized that various extreme states of mind (fear, delusion, etc.) were a common theme. And after all, music as a whole has always been about describing states of mind.

Our most accessible songs blend elements of rock and synthpop – rooted in strong, traditional melodies. But especially in a live situation, we also like to play with the contrast between the precise, robotic sounds of computer tracks versus the organic (and sometimes unpredictable) elements of vocals and guitar feedback.

Which bands have had the biggest influence on State Of Mind?

People always say our melodies (and some of the synthpop backing tracks) remind them of Pet Shop Boys. Which is true. But perversely, we’re also inspired by everything from the “Krautrock” of Neu! to modern noise rock bands from Mogwai to A Place to Bury Strangers. Our expat countrymen, The Raveonettes, are also a favourite of ours.

How does a song come together? What is your songwriting process?

I (Kim Bülow Bonfils) actually work very traditionally, seated in front of piano with a sheet of staff paper before I switch on the laptop. A song often starts with one or a few lines of text, and from there I try to construct a melody for the whole track. Once the basic song is finished, the two of us get together to work out the arrangement and song structure.

In what way do you try to connect with your fans?

The live gigs are the most important for us – we are first and foremost a live experience, and we’ve been building up a loyal following on the Copenhagen scene. And recently I’ve started posting demos and unfinished tracks online to let the fans follow the songwriting process – and I’ve been getting pretty good feedback so far. The demos can be found at our website, on Soundcloud and on our podcast.

What song would you say depicts the State Of Mind sound best?

The song ”Stay Where I Am” (from the album ”Miserabilism”) was a turning point for us – a simplistic, almost naïve melody that grows into a wall of feedback – where the song falls apart, only to reassemble itself and end on the same simple tune. Today it is more or less the only song that is always included on our live set. (A  live version can be found on our Soundcloud profile)

Give us some advice for other bands creating innovative music?

It really depends on where you are – but try to find a ”scene” around your particular brand of music and hang out there – perhaps there’s a particular venue or club that is right for you. We’ve met some very helpful people – and had some of our best gigs – in those kinds of environments.

What is in the future plans for State Of Mind?

We’re currently booking gigs to support our current 5-track EP. Later, we’ll be recording a ”live in the studio” type album – capturing the feedback and improvisational side of our sound. Hopefully, we’ll also get started on a video project, documenting our songwriting and recording process – but that still remains to be confirmed.

Keep up with more from State Of Mind HERE. 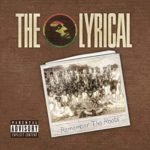 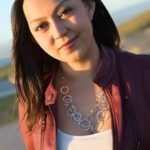