We recently had the chance to review to the debut mixtape of Lank Dizzim of The Prolegend Movement.  The Jacksonville rapper made himself available to us for an interview to let us get inside the thought process of his new record.  This is a man determined for success.  Enjoy the interview below:

1. How did you come up with the name LANK DIZZIM?

LANK DIZZIM is a two part name. LANK is the nick name I called growing up and its short for Langston my government name. My friends would eventually call me Lank Dogg, the Dogg made famous by Snoop Dogg at the time. Dogg eventually morphed into DIZZIM and the rest is history

2. Tell us about your Best show ever?

My best show ever was as a member of The Prolegend Movement, where we did a Televised 10 song set at a local entertainment complex in Jax, FL called Latitude 30, A local station CW17 put the venue together and we we on TV here locally. We got to connect with the audience in a way we had never before. It was definitely one of our most intimate and intricate shows to date.

3. After some success with The Prolegend Movement what is the goal with your solo work?

To get national recognition and eventually global exposure of my project which will lead to several other ventures in multimedia, record, production and endorsement deals. I want to build the LANK DIZZIM brand and further build THE PROLEGEND MOVEMENT to mogul status in the music industry.

4. We know you promote well, what is the most effective way to get new fans to your shows?

Personally, I like to get out and meet people, when people see you, talk to you, and get a feel for you, they know you are genuine; they respond and want to be a part of your movement. I like to personally invite fans out.

5. Your latest record Hustlemania is available for free download at Soundcloud and Datpiff. Do you feel getting your music out there is more important than making money with it?

Yes because I have to let the people know about the project before the money will start coming in. I know the money is there, but I can’t skip certain steps because the money will be short lived if I do. Promotions are my focus for now.

I try to engage as many audiences as I can on all of these websites, whether posting music and videos, to inspiring quotes, myself and The Prolegend Movement are constantly working to build the LANK DIZZIM brand. We don’t stop. This is a full time grind. i.e #HUSTLEMANIA!

7. What are your plans for the future?

For the rest of 2013 myself and The Prolegend Movement will continue to promote HUSTLEMANIA. Later this fall, other members of our camp will release music projects and I will release another project in 2014. In the meantime, HUSTLEMANIA is the baby wolf that were nursing to be a beast. Everyday its growing bigger and stronger. ITS HUSTLEMANIA BABY!!!

To get involved in the movement check out: http://prolegendplanet.wordpress.com/ 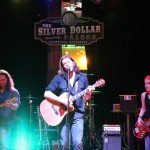 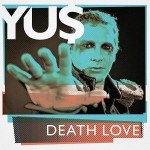