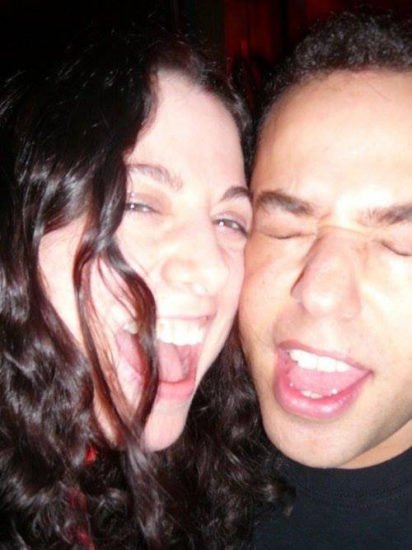 The New York City scene is a very crowded one.  Everyone who comes here is given a chance but to have any staying power you must be something special.  Our friends from Makar have been a staple of the folk rock scene for the last 14 years.  Thieu sound is powered by guitar and piano that blends indie rock energy, some raw punk, and the intimate feel of folk. Andrea and Mark of Makar are some of the hardest workers out there and they seem to always have fun doing it.  We had a chance to chat with them recently and get behind the music.  Enjoy the interview here:

So where did the name Makar come from?

Andrea: The name came about randomly, but it stuck because the Makars were the poets of the dark ages. Makar is a term from Scottish literature though neither Mark and I are Scottish nor have any of our past bandmates been Scottish. As I understand it, the word means both maker and poet, which is interesting because writing or any kind of creating is all about crafting and making.

Mark: Andrea came up with it one day while working on her debut novel, Pushed, and reading the dictionary.

Andrea: Each other and writing songs. It’s always a joy and a challenge writing new songs and to write them together is even better. I never want to stop writing songs together, creating feels like magic even when it’s arduous. A song didn’t exist before you started working on it. There are all these songs we still want to write and record. It’s only time that is our nemesis. We’re lucky to have each other because even in the worst circumstances like playing a sparsely attended gig, we’re spending time with each other so it’s a date! Life is long (if you’re lucky) and you might as well spend your time doing things you love.

How would you describe the Makar sound?

What artists would you say influenced that sound the most?

Andrea: Growing up, my parents loved Peter, Paul and Mary and Pete Seger. They played their records all the time. My brothers and my father would sing along sitting around the fireplace. Even though I was an avid Beatles fan after seeing The Yellow Submarine as a child, folk music has always surrounded me and so I couldn’t help but be influenced by it.

I also think that folk music is extremely accessible, that anyone and everyone can play folk music and that’s where punk rock and folk music truly cross paths, the ability for anyone to start playing music and writing songs and not to be completely daunted by the process.

The anger, power and humor in punk rock is contagious and inspires me to this day. I will never give up my combat boots.

The NYC scene has its pros and cons. How do you navigate the crowded scene?

Mark: Musicians on the whole, at least in our folk/rock scene, are pretty cool, warm and supportive, so navigating has been pretty easy, but there have been big changes to the NY scene recently, the biggest being that so many venues have closed as the rents in NY have gone insane. Our friend lost her wonderful tapas bar restaurant in Williamsburg when the landlord raised her rent from $7,500/month to $23,000/month, destroying an incredible local hangout and a livelihood she had built over the last ten years. Seeing CBGBs close and become a clothing store was very hard to take as well. Passing by would send waves of nausea crashing down upon Andrea and me because we played there several times and it was like Mecca for so many musicians. Of the venues still around, we dig playing at Pianos, Knitting Factory, Pyramid Club, Freddy’s Backroom, An Beal Bocht, Local 269, Leftfield, R Bar, Lovecraft. Other places that closed that we loved either playing at or going to hear bands at besides, CBGBs, were Galapagos, Bar East, The Hook, Kenny’s Castaways, and Luna Lounge. Some re-opened in other parts of the city but some are gone for good which is both good and bad. Good because nothing stays the same and change is always refreshing and exciting, but bad because you get attached and it breaks your heart to see beloved places move on to new spaces or just end.

Andrea: Usually when you play a show, even with folks you don’t know, there’s a cool comradery, a “we’re all in it together vibe.” You try to catch the set of the people before you and after you. Some of the nicest and most inspiring comments after a show were from fellow musicians. And their feedback resonates with you because they’re also in the thick of it. Sadly, there are those that are competitive in a really silly and unproductive way and honestly, they don’t last long because they burn up with spite.

But sometimes I find the online community of musicians, writers, show hosts and listeners more compelling, concentrated and potent than so-called real life. Scenes seem to last longer when not tethered to concrete.

Makar has received many accolades through the years. What has been the process for reaching the ears of the people that matter?

Andrea: It’s a pretty organic process that’s evolved haphazardly over the years. Any magazines, blogs, radio stations and shows that follow us on twitter we check out and see if we might be up their alley. With radio stations I not only look up the contact info for the music director, I also research individual shows, check out their playlists and listen to them and if I can hear us being a good fit, I contact those show hosts. We’ve met such great people this way.

We also now have a killer publicist Melissa Nastasi from City Bird Publicity. She gets our music into the ears of people we simply couldn’t reach on our own. There’s not enough time for Mark and I to do it all and without our publicist we are a voice among many. The onslaught of music that the intrepid college stations receive is insane. You have to find ways to be heard above the crash of the musical ocean. Persistence, good people on your team and seeing every potential outlet as the awesome individuals they are is key.

We just had a listen to your latest single “I Wanna Know What I Don’t Know”. Raw and fresh. Tell us the story behind that one.

Andrea:  It’s about making the choices you want to make and not what other people tell you or expect you to do.

I find, like a lot of people, that all my life people have been trying to tell me what to do. People have assumed certain things about me which have nothing to do with who I am. Like, oh, Andrea, I always thought you’d be a lawyer. I don’t know how or why they got that impression especially since I’ve never had a clear so-called career in my head. I didn’t even expect to become a musician. The only thing I always knew I wanted to be was a writer. I knew I had to have jobs that paid the bills, but I never pictured myself in a conventional career. I think a lot of people can relate to not imagining that, being thrust into a path they didn’t choose or a path by default due to going along with what other people want them to do.

So this song is about the role and oddness of being an artist, of being unconventional, of not fitting, of choosing a different path. To me, the most important lines in the song are –

Every time I sing these lines, I picture all the people who’ve disapproved of my path and I’m singing directly to them. The “other kind of gold” is time – spending as much of it with people you love and doing things you love. The day jobs we’ve had have been about that, carving out time. They’re not status jobs, they pay the bills and they allow us time and energy to pursue our dreams even if those dreams don’t turn into financial success. The journey and the creative expression is what’s invaluable to us. In the midst of recording this new album, Fancy Hercules, we’re especially terrified of how fragile life is. We don’t want to die before we finish this next album because we want to hear it in its final form. I mean if I get hit by a truck, in the seconds before my death, one of the things I’ll be thinking about is damn, I really wanted to get that new album done.

What is next for Makar?

Mark: We plan to release our third album, Fancy Hercules, which veers into weirdest album yet territory with the addition of whacky musical theater musings, songs about insomnia, depression, brain tumors, the meaning of time, family problems, the old ball and chain, a reworking of Devil in a Dream and very strange horror film/Mars attacks type chords. Not to mention an examination of the myth of Hercules and how he slaughtered his whole family as our title track. We hope it connects with listeners on many levels and gets them thinking in different ways. Initially we were going to do an acoustic album, but now we’ll be working with Livia Ranalli, the drummer from the End Men and possibly either our old bass player, Mark Nilges, who rocked all over our second album, Funeral Genius, or our good buddy Joe Crespo from Hello Nurse fame to round out the sound. We’re kind of sad to abandon the acoustic idea, but our radio promoter Peter Hays says that some stations don’t play acoustic music and that we’d be limiting ourselves if we did that. Nick Drake had really inspired us to make an acoustic album, but I guess that’ll be more down the road when the wife and me are sitting by the hearth with warm cups of blueberry green tea while the rain drizzles down our cottage windows off the coast of Ireland. Just me and my honey bee strumming along to the cold dark night, warming our bones with the sounds of acoustic Makar. Until then I guess it’s balls to the wall indie folk rock coming at you like never before!

Andrea: Mark certainly likes to paint a pretty picture. We already have the title and concept for our next album after Fancy Hercules because why not? That’s the point of living, enjoying yourself and leaving evidence behind to wail against the void.

Keep up with more music and news of Makar at: http://makarmusic.com/ 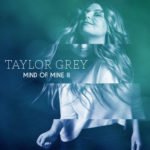 Music of the Mind: Taylor Grey "Mind of Mine II" Previous
Chris Ellenwood - Hip Hop For Himself Next 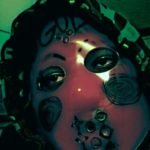