Interview With Stalin – Having No Rules Makes For An Interesting Sound

The Indie Band Guru is always on the search for bands who set themselves apart by doing it differently.  We recently came across Stalin, a very interesting band from San Francisco that has no desire to fit into the tiny little box that the mainstream music industry has for them.  The best way we could describe their sound would be an experimental prog-metal vibe without any rules or cliche’s holding them back.  The boys actually sat down with us recently to give us the answers to some questions we had.  Enjoy the interview below: 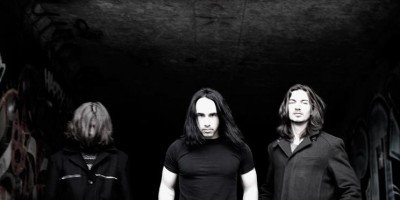 1. So how did you come up with the name Stalin?
– Bit of a joke. If you have an act that is anti-authoritarian to the near anarchist extreme end of the spectrum and complete with the passion of a Libertine, then it’s a wonderful self deprecating satirical humor to name yourself after a prick that was the opposite of your own projection in every faculty. It’s especially appropriate now in the growing personality cults of celebrities, politicians and other forms of upper echelon miscreants. We’re big on not taking things too seriously while still being ‘on point’. Humor is in everything.
2. You call yourself a transgressive rock act.  Please explain?
– “Transgressive” itself is the blurring and boundary pushing of excepted ‘norms’. It works for us. There’s not really another act out there at the moment that’s still relevant and has an aura around it of a really unrestrained entity. So we hope to fill that void and more.
3. What music and influences would you say was the basis for your sound?
– A lot of the Alternative. Everything from the alt metal of the late 80s/early 90s, to the industrial bits, the goth and post-punk era and various hard rock and avant garde. There’s a bit of an extreme metal influence in some of our work also. It’s basically anything that comes to mind, although the new album will have a much more unified sound that includes the feeling and spirit of all of that without it being separated.
4. What are the crowds like at your live shows.  Who is the typical fan?
– Anything and everything. Lots of freaks, couple of techy’s, a few Black Veil Brides fans that realized that they are misguided and came to see something real, etc. Even a church goer here and there. They’re all fun.
5. Your video for “California” is a powerful one to watch.  Tell us about the concept and meaning behind it?
– It’s taking the piss on the mainstream music video usage of product place and occult/illuminati imagery in attempt to gain more attention. So it satires itself and satires that at the same time with a couple of other little details.
6. It looks like it was a fun video to make but will never get a chance for mainstream play.  What are your thoughts on that?
– It was fun – a big hedonistic drunk/stoned free for all by the end of it. And we wouldn’t say that. Can always edit things down a little further for the TV censors if needed, it’s already censored even. Perhaps though the networks won’t like something that’s mocking their flagship acts, haha. But things get more and more desensitized and sexual as time goes on, so we don’t think that we’ll necessarily be removed from mainstream entities for too long. If they think that’s a bit overboard, they shall delightfully enjoy the next round of video’s that will be coming out.
7. Word is that Stalin has a new album aiming for release in early 2014.
How is that going? Explain the direction you are going for?
– Actually the next release is a remixed and remastered version of our former 2012 release that we pulled because we were unhappy with it. But we aren’t going to tour and promote it fully because we have loads of new material that needs to be put out and right after that’s done, we’re jumping right into the studio to record two new singles that will be on the upcoming follow up album and they both will be out in early to mid 2014 and the album out late 2014 hopefully. Things run a little ‘looser’ when you’re an independent act and don’t have a label orchestrating and carrying everything for you, but there’s also a tremendous amount of freedom in it. We are as well gearing up a new live act to go on a tour next year after we release the first single and video for the new record.
8. Being born and raised in NYC, I have only visited the San Francisco
area.  Is the music scene open to innovative and esoteric bands there?
– The scene used to be. Now it’s the Kingdom of the Hipster. But we’re going to be fixing that. 😉
9. If Stalin had to be turned into a half hour sitcom, what would the premise be?
– The hilarious lives of a bunch of loveable nutters that make music and sometimes go into the dark realms of the mind and spirit. It’d have to be on premium cable or an internet only sitcom though – wouldn’t fit into ABC, NBC or any of that bilge.
10.  When Stalin takes over the world what will be your message to your underlings?
– Take control of your own lives and be a King or a Queen. Don’t be stepped on ever and don’t let this moronic society or other inferior beings turn you into an insecure domesticated animal. We all can either be slaves or God’s, choose the latter and own this shit and push the rest of these weaklings out of the way so we can all move forward and evolve! 😀
Thanks guys.  Please discover more about Stalin at: http://www.stalin.org/ 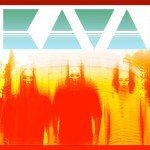 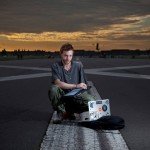