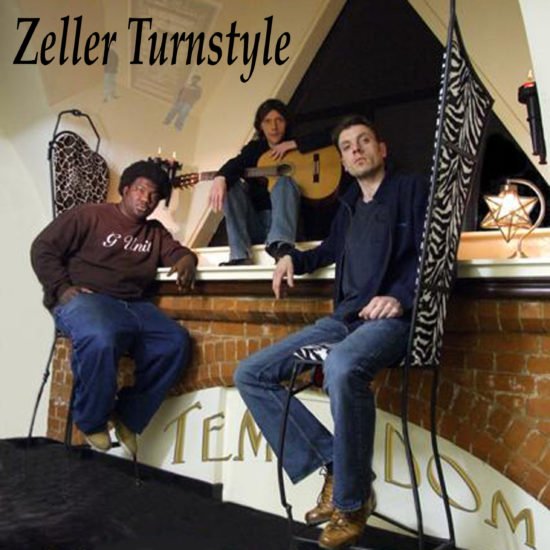 Fate often steps in for the creation of music.  Two like-minded musicians kept running into each other at a Music Cafe on open mic nights in Leicester England. They came together to form Zeller Turnstyle.

We caught up with the artists to get a look behind the curtain:

First off, tell us about the name Zeller Turnstyle?

Zeller Turnstyle is a cosmic etherial being type character, similar to Ziggy Stardust or Major Tom, he’s from the future, a kind of spirit guide that sends a message through our music to raise humanities vibration and help guide us away from our inevitable self destruction.

Easy listening with an alternative approach to the style of traditional music, an eclectic/electric mix of alternative popular folk music entwined with reggae/modern dance undertones, (turnstyles).

Which artists have had the biggest influence on Zeller Turnstyle?

What is your songwriting process? How does a track come together for you?

In my opinion, a potential popular song starts with a nagging urge to quantify an emotional feeling from the collective unconscious a yearning deep within the heart or soul, that wells up inside with a burst of lyrical creativity and one becomes obsessive with an uncontrollable need to scribble the words down asap, almost like channeling, then the title is next and is crucial in creating a concept for the listener, so for example the hook line in the song All in All or Footprints in the chorus become the title, then comes the musical style, so for us we choose easy listening and we produce the song with this in mind.

One of my greatest tittle concepts/hit tunes ideas was ‘Return to the Ark’ (hold on a miniute that was never a hit song I hear you cry) bear with me, all will be revealed, the thinking behind this song was subliminal in the mind of the listener, to subcontiuosly nuge them to associate an original number 1 song like ‘Return to Sender’ by Elvis Presly from back in the day and a number 1 film like Star Wars ‘Return of the Jedi’ to my tune Return to the Ark, funny thing happened, I jammed my tune to Mark Morrison back in 1990 in Liecester Uk when I was helping produce him with a friend Simon Black, before Mark was a house hold name, and helped him to become known in London, well he started singing along with me singing and struming my accoustic guitar in a break between recording another demo that became another lesser hit later on in his carear called ‘Horny’, but instead of singing my chorus Return to the Ark, he was singing out loud, “Return to the Mark”! lol… I told him stop singing my tune and turning it about you, its not your song its copywritten and he laughed and said “naa man your coool” The rest is history. He got around the copyright by changing the lyrics and melody, but keeping the concept.

Maybe now is the time to release Return to the Ark? watch this space.

There seems to be some real emotion in your latest single “Footprints”. What can you tell us about the story behind the song?

Thank you, In respect to Footprints, the story behind the song, was to highlight the plight of climate change but specifically to comfort the listener and give them a sense their not on their own being held responsible for destroying the planet through man made climate change, the lyrics were written and recorded back in 2018 well before the world wide lock down over of the virus but miraculously it has become much more than that now because if you listen carefully you will notice Steve Summerset say in the first verse  “we ran around this crazy world” in the past tense not ‘we run around this crazy world’ as you would have expected, I can prove this as we uploaded Footprints to Sound Cloud five months ago back in October 2019 for archiving, this I believe is Zeller Turnstyle communicating subliminally and puts an interesting twist on the song.

A sense of optimism and oneness in the face of adversity, no matter what happens in this crazy world.

Share some advice for other artists paving their own way?

Follow your heart, be selfless and put yourself in the mind of the listener, dont let anthing put you off, believe in your instinct and keep your project to yourselves. Don’t jam your tunes with untrustworthy musicians for sake of it, its a dog eat dog world out there.

How does the future look for Zeller Turnstyle?

Getting to number 1 on sound click with ‘All in All’, and number 2 with ‘Footprints’ on the pop charts recently tells us we’re on the right track. 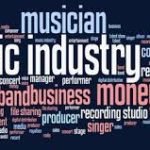 Ideas To Help Music Fans Turn A Love Of Music Into A... Previous
Emmrose Shares "Take Me With You" And It's Beautiful Next 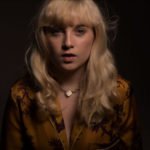