As the year is coming to its end, instead of doing year end countdown lists of the best songs like EVERYONE else is doing we like to take a look at what artists have done in the past year.  One that made 2014 a banner year was our favorite Dubliner, JP Kallio. 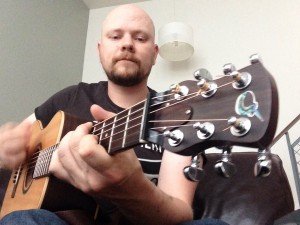 Since heading to Ireland in 1996 he has made a full career for himself working with several successful bands, playing thousands of shows, and touring everywhere.  His plan for 2014 was to release a song a week for the entire year.  This has led to the tremendous output of music including 3 full length solo albums.  To close out the year strong JP Kallio just released his 4th album of the year on December 2nd.

The title of the newest record is The Call.  It includes another 11 songs of consistent high quality in his trademark style.  On the opener “Call Off The Angels” JP shows his talent for creating a smooth guitar melody while singing earnest lyrics that welcome the listener into his world.  The title track “The Call” adds even more to the mix as the full soundscape is filled with just some overdubbed guitars and his sultry voice and some background humming.  JP Kallio  slows it down a little on “You And I”.  The heartfelt lyrics tell a story that is not too happy but leave you hanging on each word like he is singing them just for you. The reflective and relatable words continue to the end with the closer “What Are We To Do”.  Music that relaxes and makes you think is the sign of a great songwriter.  JP Kallio has reached that level.

Keep tabs on what he has in store for next year at: http://www.jpkalliomusic.com/ 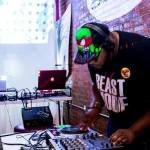 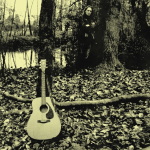