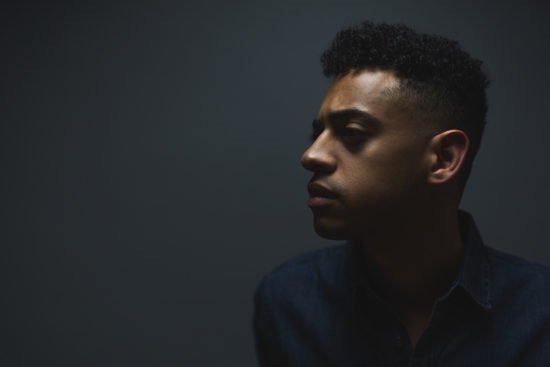 The growth of social media and the ease of getting music out into the world has become a double-edged sword. For one, a talented artist can record a song in their bedroom and share it with the world on social media instantly. On the other hand, an untalented artist can do the same clogging up the attention space. Talent paired with consistent hard work though will rise above all. That is the path of our recent find, Justin Llamas.

We caught up with the talented singer to get a little behind the scenes of his growth. Enjoy the interview below:

What first drew you to creating music?

In high school I began to see talent from my fellow classmates.  Like, real talent.  Talent I thought only existed on TV.  I believe that sparked an idea in my head:  “if they can do it, why can’t I?”  And so I started falling in love with music.

How would you describe the Justin Llamas sound?

A generic answer would be “Pop.”  But I’d also say my sound is very versatile.  For instance, my song “You Run, I Follow” is more of a Hip-hop, R&B…but it still has my sound.  I ask around, too, and a lot of people have trouble describing my sound because to them it’s unique, but also distinct.  I let the listener decide what they think.

There are so many.  I try to always listen to what’s current, and make sure everything I write is influenced with a current feel.  Bruno Mars, Sam Smith, John Legend are some names that come to mind.  But I also love the acoustic pop artists like Ed Sheeran and Jason Mraz.  All of them have really influenced me.

Tell us about how you grew a following on YouTube?

I’ve been on YouTube for a long, long time.  I’ve had various ups and downs there—varying success.  My first video that took off was a cover of “Chandelier” by Sia.  It was even shared by Sia once!  But currently, my channel has been doing great because of my Hamilton covers.  It’s mind-blowing how many Broadway fans there are out there.  My Hamilton videos have been shared by the original cast, too!  YouTube has opened some big doors for me.

You have been known to venture into acting as well. How would you compare that art to music?

It’s very similar.  A lot of work goes into art, y’know?  A lot of prep time.  Thousands of hours to hopefully create something timeless.  And of course, your end goal is to make sure you connect with your audience.  This year has really been a blessing in the acting world.  I’ve played bigger roles than I’ve ever imagined.  I’m really excited to see where this journey takes me.

I keep a “book” of sorts on me at all times.  Whenever a thought, topic, or melody comes to mind, I make sure I write it down!  Later, I’ll sit down and write the whole song a capella, making sure my melody in mind is strong and works without music.  Then I’ll figure out the chords with a piano, and start producing a basic track that is usually piano-driven.  This is how I create my demos.  I think every songwriter should be able to create a working demo.  Even if you don’t know how to produce, you should hopefully be able to get this far.  Then you can collaborate to fill in the missing steps.  That’s what I do.

Share some advice for other artists looking to build a fanbase?

Take it from me…there are a LOT of ways to build a fanbase.  Sometimes it’s strategy…  Sometimes it’s luck…  Sometimes it’s consistency.  I’ve definitely had a bit of all three, but consistency has been my biggest factor.  I never gave up, and I don’t ever plan to.  I urge other artists to never give up.  Never stop sharing your art.  Never stop working on your craft.  If you consistently put out quality work, the numbers will follow.  It’s a fact.

What does the future hold for Justin Llamas?

Who knows!?  If you would have asked me that question three years ago, I wouldn’t think I’d be where I’m at today.  I can’t tell the future, but I’m sure I’ll be happy doing what I love.  And that’s what’s most important.

Keep up with more from Justin Llamas HERE. 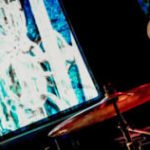 ElectroBluesSociety - Be Allright Previous
Ralph Shows The Power Of Music With 'Dougie Murphy's... Next 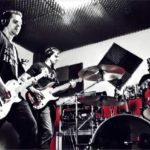