When we discover something in an artist that strikes us with its originality and sets itself apart from the common mainstream music that we hear all to often we like to keep track of the artist and see where the music leads to next. One that we had heard from before, K-Bass and Farafina Musiki, has now returned with the release of a new album full of more imaginative sounds.

The former “barefoot” marathon winner and native of The Ivory Coast in Africa has dove full force into his music career and has been recording and releasing a rather large output of songs. The fans have been increasing as well after seeing his incredible stage charisma and K-Bass’ innovative blend of sounds from the Reggae, Afro-pop, and several other traditional African styles of music.

The newest record Faso has just been released and is ready to take on the world. Faso in the West African dialect of Bambara translates to Homeland. This is the perfect title and shows how K-Bass wants to bring his little slice of the world to the rest of it. The opener “Liberez L’ Afrique” is a full track that sets the party atmosphere for the rest of the album. There are many sounds blended within to form a complete and full song. The title song “Faso” features an assortment of exotic instruments alongside a full chorus singing the lyrics creating a sing along kind of feel that will have the listener repeating the words even if they can not speak the language. K-Bass shows some diversity on “J’ Ai Besoin De Ton Amour” which is a spacey reggae track that brought the music of Mexico to my mind as well. This is a group that can go in many different directions with their sound even while using the tones and languages of their homeland. The closer “Union Africaine” seems to exude its message even without the ability to truly understand the actual words. Go get a listen to the experience for yourself at: http://www.kbassmusic.com

The Alpine Camp - An Idea Develops Into Some Innovative... Previous
Adam Gilbert - Heartfelt Songwriting Makes For A Good... Next 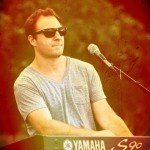