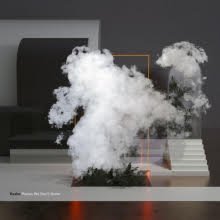 Swedish producer Kasbo released his new electropop LP, Places We Don’t Know. The 13-track album features many different talented vocalists, including Kasbo himself. As a producer, Kasbo finds the strengths of the singers and he goes off of that, each track is fit to perfectly fit their pitch range, showing off their high sopranos, low baritones, or steady vibrato.

You may already have heard the previously released single from the LP, “Aldrig Mer,” which was No. 1 on Hype Machine. “Aldrig Mer” features artist TENDER and contains heartbreaking lyrics and a catchy tune, including a much-anticipated beat drop.

Another trending track is the beautiful soprano song, “Over You.” It features Frida Sundemo who sings ironic lyrics about how she is over a previous lover, yet at the end of each section she sings “or at least I will be soon.” It’s a relatable song about the struggles of moving on, but Kasbo adds an upbeat pop beat that makes it an easy-to-dance-to track and a must-listen.

“Snow in Gothenburg” is a more personal, alternative-sounding track. Through the somber Bon Iver-esque, easy-listening instrumental and the vague yet seductive lyrics, Kasbo reminisces about winters in his hometown of Gothenburg, Sweden.

My all-time favorite song on Places We Don’t Know is definitely “Lay It On Me.” The track features Keiynan Lonsdale’s smooth, heart-melting vocals. Kasbo pairs it with a dynamic EDM beat. The track could have easily been a Chainsmokers or Dua Lipa tune, and definitely deserves radio time. The catchy melody pairs perfectly with the raising and dropping of the rhythm.

It is doubtful that this will be the last we hear from Kasbo. He’s already been on tour opening for ODESZA and has worked closely with Linnea Södahl, who was behind Zara Larsson’s hit “Lush Life.” He claimed Södahl was a huge part of helping him finish Places We Don’t Know.

Kasbo plans to branch out more musically in the future, turning his name into its own musical world people can run away to and get lost in.

“I feel like being an artist is not only making music,” he said, “but expressing yourself in a ton of different forms. I want to get better at that.”

Luckily, it looks like we’ll be seeing a lot more of him in the future. 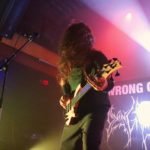 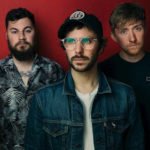