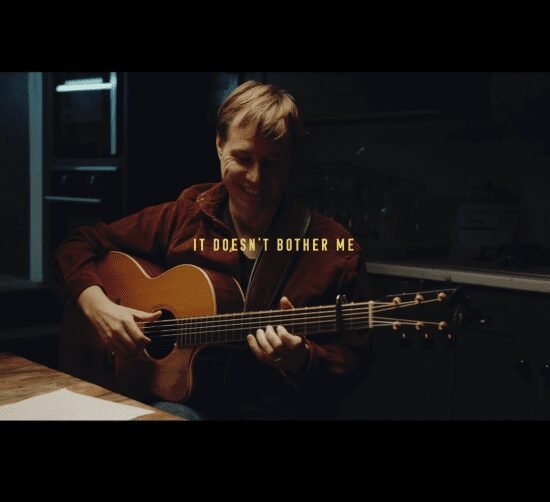 Kev Minney is getting ready to release a new album. He is giving us a taste of what to expect with his latest single, “It Doesn’t Bother Me”. It’s a personal song about his challenge of overcoming a severe stutter, which he had before he began singing. As always, it’s a creation that’s right for him and not what is the current musical trend. As many of his previous tracks have showcased, he writes with honesty within his compelling storytelling qualities. He invited The Brighton & Hove Stammering group to be featured in its video to give the listener a glimpse into the world of other stammerers.

As “It Doesn’t Bother Me” begins, he treats the listener with his talent on his guitar. As he has already showcased throughout all of his previous releases, the way he makes his six-string sing is mesmerising. During the intro, his fingers dance around his guitar to create a gentle and captivating atmosphere. There is no urgency as he lets the music flow soothingly.

With the mood set, the story begins. He does so with the opening lines, “When I was much younger / I’d roam the streets / And I’d would wonder”. Like the music, its delivery is as gentle. He gives them time to breathe, with his guitar filling in the gaps. Lyrically, it has a simple message. His words are minimal and get straight to the point. When they do, they grab the listener’s attention. The perfect example is the verse, “Now I am, much older / My head held high, I feel much bolder / Back then I couldn’t really talk, without, losing my words / I stuttered, all away”. As always, he writes with authenticity. It is one of the many reasons that his music stands out.

After this stand-out moment, he eases back lyrically. Minney lets his guitar and a string arrangement create something musically special. It enriches the mood and helps to empower the repeated lines, “Oh, it doesn’t bother me / Anymore” (which is throughout the song). As he uses these words to close out this release, he decides to strip back the soundtrack to show off his ever-impressive voice.

“It Doesn’t Bother Me” is another impressive release by Kev Minney. His debut album, Stories of the Sky, is an excellent collection of stories. But you can hear from his follow-up Modern Stories that he is an artist who continues to push himself and let his music grow. This new single is more evidence of that. I can not wait to hear his upcoming album Take Comfort Here. It is not due until 2023, but from the calibre of his work and how it has evolved, it will be one that will grab people’s attention. 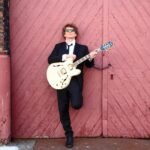