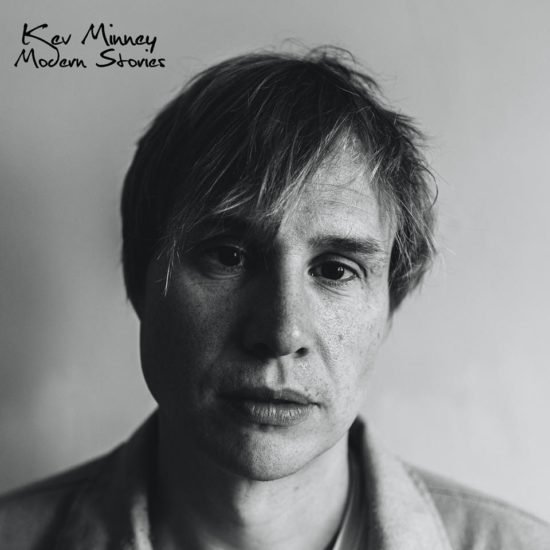 Kev Minney returns with his new release Modern Stories. After creating an impressive debut album with Stories of the Sky in 2017, he had a tough challenge when working on this follow-up. But, with time and a busy touring schedule, he was able to fine-tune his songwriting and musical talents.

As he did not rush the creation of Modern Stories, he was able to let all of the songs develop naturally. With a little help from Andrew Stuart-Buttle (violin, mandocello, electric guitar, keyboards, bass and backing vocals) and Steph Brown (piano and backing vocals), each story had its own compelling soundtrack to accompany his words.

Modern Stories opens up with “Magic”. Instantly, Minney’s mesmerising guitar style comes into play. Soon, it is joined by his delicate vocals with the lines “Spend all your time / waiting in line for something better like paradise / If life is like a lottery / you’ve thrown yourself in it / You’ve been told you can win it / if he’s by your side”. His words are delivered so effortlessly but have a warmth to it that grabs the listeners attention. The addition of backing vocals by Brown along with various instruments create a beautiful free-flowing soundtrack. It all comes together to create a perfect start to Modern Stories. Following on are two more impressive tracks with “Stronger” and “Man of Steel”.

Kev Minney has let his songwriting develop naturally since his previous album. The result is his finest collection of songs called ‘Modern Stories’

When “God is An Algorithm” arrives, it allows the listener to appreciate the lyrical abilities which Minney possesses. His lyrics explore themes of our addiction to modern technology. As always, his soundtrack supports his words to give them more impact. “A Way Out” offers a slight change in mood his trademark acoustic sound has an indie edge to it, especially with the use of an electric guitar. It enforces that Minney is always looking to push his craft and try new things.

Another example of him pushing his sound comes in the form of “Borrow More”. It is about the feel of the song as it has a more radio-friendly tone. It’s hard to pick out the reason for this, maybe it’s the rhythmic style of his guitar. Whatever the reason may be, it is yet another standout moment which would be the perfect entry point to introduce new listeners to his music.

As soon as “Good Friends” begins, it is difficult not to be drawn in by the soothing tone of Minney’s guitar style. It sets the mood for the opening lines “Last night I felt / Laughter it’s been long time / So it seems”. There is a familiarity with the way these words and the chorus “Good friends, good friends / I need good friends / at the end of the day” are delivered. It has a sound that takes you back to the music by legends such as Nick Drake (who is an influence on his music). Also, it shows that less is more as a track which focuses on the artist and his guitar. This partnership showcases what makes his music stand out, especially with his subtle emotive tone.

Next is “Natural Disaster” which is a duet between Minney and Brown that is a delight to hear. Each of them stands out as they take turns to deliver the verses. However, it is during the chorus when they excel as the voices intertwine. It’s hard not to be impressed as they share the lines “Caught in the flame, under the wave / we are now part of a natural disaster / Who’s to blame? Who caused the pain? / Who can we shame? Who is the master? / Of this mistake”. Their emotive tones are beautiful on the ears to create yet another unmissable moment from the album. Seeing out the album is “Feeling Fine” and “All That I Need” which continues to showcase the high calibre of songwriting throughout this release.

When Kev Minney released Stories of the Sky, he set the bar high for himself as his previous collection of songs were honest and had a compelling depth to them. However, he rose to the challenge and delivered brand-new stories which were more personal. Modern Stories proves that time and performing live more has helped to develop songwriting abilities naturally. His new album confirms he has elevated his talents to produce his best work to date. 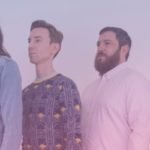 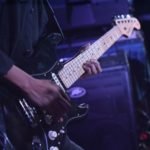