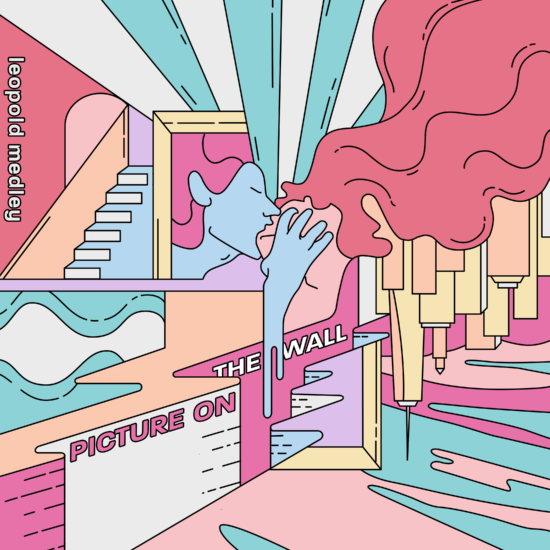 It is a proven fact that the best way to get great at something is to just keep doing it. This really stands out in music. Not just in practicing your instrument but in writing songs and experimenting with your own personal sound. We have seen many artists get slowly better and then hit that WOW moment where it all clicks and they grow by leaps and bounds. The latest example is our recent discovery Leopold Medley.

Originally from Houston, Texas, the solo songwriter moved to Brooklyn, NY in 2018 for a fresh and open musical landscape. Leopold Medley creates a sound that he calls the intersection of bedroom music and psychedelic folk. It is smooth and relaxing yet powerful when you allow the lyrics to sink in. It is a joyful way of self-expression for him.

On February 12th, 2021 Leopold Medley released his debut full length album Picture On The Wall. The record is his attempt to process the trauma of youth and lost loved ones through highly emotional, vulnerable folk-pop music. It hits the mark!

The title track opener “Picture On The Wall” sets the stage with a minimalistic airy and psychedelic style that eases the listener into a place ready to absorb with Leopold is ready to share. The mix of melodies in guitar and organ mesh perfectly with the earnestly delivered vocals. The mood is furthered with some more energy on “IDGAF About The Status Quo.” Here we get an almost rap-style vocal that tells it like it is in a song that lasts barely over a minute long.

The atmospheric melodies of “Back In My Bedroom” adds more flair and honesty as Leopold Medley makes it a point to say what is on his mind with no fear of what anyone else has to say. This is truly freeing.

Leopold Medley – “Nobody Cares About Your Dumb TV Show”

Leopold Medley · Nobody Cares About Your Dumb TV Show

We get taken in a darker rock direction with “Nobody Cares About Your Dumb TV Show.” The bass and drums pick up the pace from other tracks reminiscent of the early days on NYC noise rock. On the other side is “The Drugs That I Take” where the focus is on a pretty piano melody that seems to soothe the soul and put us in a similar haze as the songwriter.

The album closes with “Somebody Like Me” which seems to tie it all together with an almost poppy sound that evolves into a mesmerizing laid back reverb-laden lyrical flow that reaches inward for both the listener and singer to share emotions.

Discover more music by Leopold Medley on his BANDCAMP. 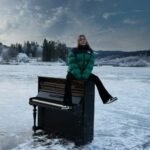 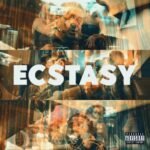