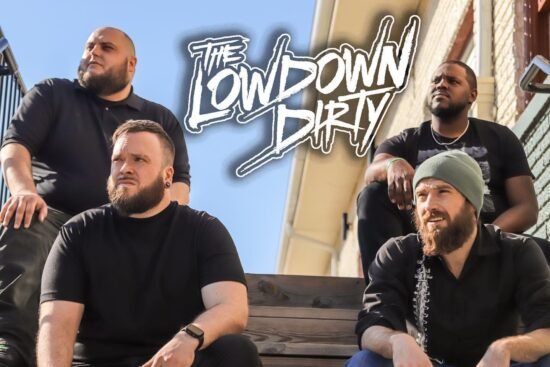 In what has been an interesting and difficult year for all musicians finding a way to push through has been most important. Success does not come to artists that sit there waiting for it. You need to make it happen and use your time wisely. Our friends from The Lowdown Dirty have put in the work and today are releasing their new self titled EP today as well as a video from their At Home Concert Episode 1.

Hello Jason. It has been a while since we talked to The Lowdown Dirty vocalist Jordan about your last album Rancor!. How did the fans react to that one?

Glad to be here! This is my first interview so it’s awesome to get to weigh in on things. I think Rancor! was a really cool record for a lot of people. We don’t have any metrics outside of Spotify but we had 33k listeners, 52k streams, and it got played in 18 different countries which I never imagined would happen and definitely outside of the norm of the expectations I personally had when I first picked up an instrument. I never thought back in 2002 that anyone outside of the country would hear my music.

Seems like there has been a drummer change since last time. How did that come to be?

Well Rob is just a special guy. I sleep easy at night as a bass player knowing I have who I personally believe is the best drummer I’ve ever met. He’s elevated and matured what Scott and I do. He’s brought a flavor to the instrument that I think was lacking prior to him. I think with a lot of bands you can hear everyone’s voice and that’s how you get an original flavor. It’s just like cooking in your kitchen. The best recipes you can taste all the flavors complimenting one another. Some of the most original bands have that and most of my favorite bands have that.

It has definitely been a difficult year for live music. How did Lowdown Dirty handle it?

We learned A LOT about audio and video editing. We’ve started working heavily on our ability to create music for the audience at home as well as live in public. We’ve had some really great highs since we’ve been able to play again including winning a battle of the bands but we don’t want to forget anyone or leave anyone out. Plus we don’t know if it will continue to be safe to perform live music and this is an extremely necessary skill to have I think going forward. I hope this video will show our capabilities and I hope we continue to get better as we go.

The Lowdown Dirty Premiere ‘Watts’ video from At Home Sessions

What is it that drives you guys to keep creating original music?

I think we’re just wired to do it at this point. I know that each of us want to continue to evolve and push the boundaries of our instruments and our own individual abilities while respecting the contemporary form of a song. Each one of us love songs with great lyrics and meaning so we’re trying to find that perfect medium between instrumentation and emotion. I think that constant hunt is addictive all on its own when you truly enjoy playing your instrument.

We hear there is a new EP coming out today September 5th. What can you tell us about it?

Yes! So this video we brought you today is a live play-through of the opening song on the EP called Watts. It’s a six song EP with a powerful message at the beginning and a beautiful accompaniment written by Scott that really helps set off the five songs that follow it. We kept at our mission as “The Lowdown Dirty” as well writing about all the different issues we personally faced over the last year. I think those close to us will be impressed at the honesty we displayed in some our lyricism but I hope that everyone will be impressed at the musical maturity we’ve gained. Most of all I just hope it’s enjoyable. That’s all that matters.

It seems like the sound of The Lowdown Dirty has evolved. What prompted that?

I think having Rob come through and add a new flavor really allowed Scott to step up his early songwriting game and push us into new territories. Scott always starts the writing process on each song and I think you can hear so much spice in these guitar parts on this EP that I can’t wait to see what’s said. He’s my dude, he’s my brother, I think he’s criminally underrated and I think this is his time. Also how can I not mention Jordan? His range allows all this to happen. We couldn’t have these ideas and actually execute them without his abilities.

Share some advice for other bands keeping their music fresh?

If I had to give advice to that I’d just say know who you are. Everyone in your band needs to know who they are. I think, especially in metal, some really cool ideas inspire a certain culture around them and we’re all trying to pay respect to that while adding our own attempt at it, such as a breakdown or a guitar solo. We have to be careful how we go about that and just make sure you do the things you like to do and don’t let people tell you it’s stupid. I know so many incredible musicians who have these guilty pleasures that if they would embrace would really give them not only a special flavor but a genuine opportunity to bare their soul and they don’t because they’re worried about what people will say. I literally play a fully slapped funk song that’s followed by arguably our heaviest song ever on this record and give zero f#[%’s what anyone thinks about it.

How do you plan on getting this new album out there?

Well by the time anyone reads this it will have already been on every streaming platform and this time we’ll be doing our own CD distribution. We feel the last representation wasn’t as cool as we could do it ourselves so we gambled on ourselves and we hope everyone will want to pick up a copy from us!

Find more from The Lowdown Dirty and buy the music HERE. 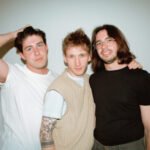 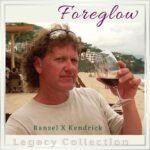