In today’s music industry becoming a star takes much more than just a good song and a good voice.  It is known as the music business because it requires a true business acumen to put all the pieces together to create a sustainable music career.  Our latest discovery Michael Wien is well aware of this and has set himself up on the right track. 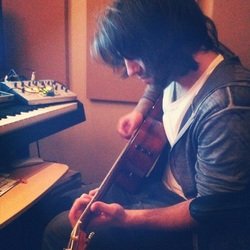 The singer/songwriter from New York City has been sharing all his talents with a strong cast of supporters for years.  Putting it all together Michael Wien became the CEO of Master Kings Entertainment.  The company runs a recording studio out of Soho, NYC as well as offering music production, publishing, and artist management services to talented artists that take their craft serious.  Michael brings his experience of performing his original music around the world at major festivals such as the Edinburgh Fringe Festival, London Fringe Festival, Toronto International Film Festival, and South by Southwest Music Festival (SXSW), in addition to playing at such well known venues as The Viper Room, Rainbow Room, Webster Hall, and The Bitter End.

Now Michael Wien is back behind the mic with the upcoming release of his EP Road To Elysium.  The record is due out on October 31st but we were able to get an advanced listen.  The music explores many aspects and influences putting his own touch into very listener friendly music.  The lead track “Serenity” begins with an anthem-like feel while allowing Michael to break it down and feature his unique vocal style that seems to pop out off the speakers.  The production is high end as expected and with the push of Master Kings Entertainment behind him we expect big things.  Keep up with the company and new music at: http://www.masterkings.com/

Paul Maged - Taking The Time To Put Out A Full In Your... Previous
Blood Sugar Summer - Returns With More Doomwave For Us... Next