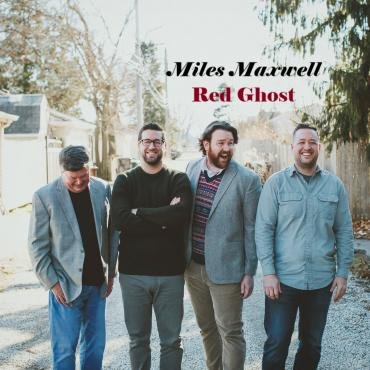 With a rollicking beat and some golden strings peppered over a piano that looks yearningly towards the past, Miles Maxwell wastes no time jumping head first into infectious melodies in “Snapdragon,” the first song of their very first album, Red Ghost, which is out now. It’s an upbeat primer for the exquisite slow dance of “I Can’t Be Myself,” which is guided by the subdued moan of an organ and elegantly punctuated by the timber of lead singer Miles Baltrusaitis’ vocal. It’s the perfect appetizer to the robustly appointed “She Says (Whisky Down at 4 am),” which oozes with back porch country swagger. I wouldn’t call Miles Maxwell a country band, but, they definitely employ the straightforwardness of Nashville legends like Merle Haggard.

“Something New” starts up the second of the three acts that Red Ghost can be broken into, and takes the countrified tempo of the previous track and adds a shot of adrenaline to the mix. In a less abrasive transition than we might expect, “Jenever (in Acquia)” follows “Something New” with easy-going folk instrumentation that eventually unfolds into an all-out string jam. The hypnotically swirling rhythm lazily carries us down a stream in the middle of a backwoods land before we lay into the jazzy swing of “Be with Me.” Miles Maxwell keep us guessing what will be waiting around every twist and turn of Red Ghost.

If you were to only listen to the first half of Red Ghost, you’d be a lot more likely to label Miles Maxwell as strictly a country/folk act. “Terrible Song” immediately follows “Be with Me,” and it’s around this point (entering the third “act,” as I referenced before) that we begin to realize just how diversely structured a sound this band is actually sporting. “Terrible Song” is straight up crossover jazz, and the added country-tinge makes it so enigmatically alluring and unique. “Ceiling Fan” similarly surprises, starting off with a riff that is pure 80’s college rock/proto alternative along the lines of The Replacements, Green Pajamas or Dinosaur Jr, before Miles Maxwell comes undone with their trademark country howl.

Red Ghost finishes up with the title track, which effectively brings the albums melting pot of influences and tones full circle in a singular, all-encompassing song that is an excellent foray into the band’s style for any listener trying to understand their interesting persona and angular songwriting formula. When I finished listening to this record for the first time, I couldn’t make up my mind as to whether or not I had just listened to a country band making a garage-blues record, or if I had just listened to a group of jazz musicians’ sonic commentary on country/western music.

After listening to it a second time, I decided that neither quite summarized Miles Maxwell’s personality. This is just brilliant music, and that’s all there really is to it. If you’re inclined, you should give Red Ghost a spin and hear exactly what I mean – you won’t be disappointed. 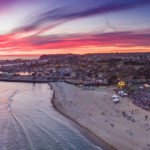