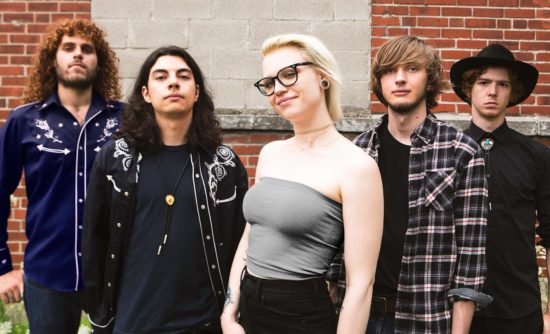 There is an excellent balance defining the new record by Wave 21. They demonstrate they know how to get things off to a rollicking start with the album’s opener “Ya Ya Ya”. I may be wrong, but I suspect this is the Kenny Arnoff drummed track thanks to its decisive, swinging backbeat and the production definitely highlights the playing. It never overwhelms the song, however, and instead gives it a firm heartbeat seemingly inspiring lead guitarist Nick Rivera to even greater heights.

The center of the song, however, is singer Mary-Lynn Doroschuk’s vocal performance. It is brimming with life here, throughout the entirety of the album, and the backing vocals are appropriately woozy and inspired. It makes for a great contrast. The building blocks of the songs written by Mary-Lynn and sister/fellow band member Emmy-Lou Doroschuk rise up around the acoustic guitar at the heart of every tune.

“Here We Go” comes across with the same jovial air as the opener and rates among the album’s best songs. It’s an obvious radio-friendly number and will definitely find its mark with live audiences. This song relies on acoustic guitar and it’s a consistently well-recorded instrument on an overall well-produced album. Executive Producer Marie-Louise Deeny surely deserves some credit, but the Doroschuks, include father and band bassist Stefan Doroschuk, wear many hats involved in the album’s presentation.

The first big swing Wave 21 takes at a ballad comes with the song “Love Shouldn’t Make Me Cry” and it’s a model of restraint. Rather than going in for the obvious forlorn love song clichés, the Doroschuk sisters build the performance around a dramatic song construction. It slowly builds with time and never gets in any rush; the end result makes for one of the first album’s best moments.

Wave 21 Are A Breath of Fresh Air in Country Rock

“It’ll Be One of These Days” has much of the same sound we heard with the earlier “Here We Go” and this easy going approach consistently proves satisfying throughout the album without ever lacking variety. Any adult can relate to this tune and the chorus is especially effective in conveying the song’s sentiments. Despite the song’s message, it’s placed within another upbeat musical setting. The chorus for “Pink Party” is understated, but nonetheless quite solid. The arrangement has some interesting rhythmic shifts, nothing too pronounced, but it brings some extra spice to one of the sleeper gems on this album. “Come to Me” starts off with just Mary-Lynn’s singing and shimmering acoustic guitar accompaniment before the drums and the full band comes in near the one minute mark. Nick Rivera offers up some tasty lead guitar work along the way.

Stefan Doroschuk’s violin playing for the ballad “Catch Me” is one of the most emotionally affecting works on the release and proves to be a perfect instrumental counterpoint for another exceptional Mary-Lynn Doroschuk vocal. This expresses classic love song sentiments, like some earlier tunes, but never leans on those hoary standards like we’d hear from lesser performers. The personality of the Doroschuk sisters comes through in each of the album’s ten songs, but something else emerges as well – their exceptional songwriting and musical skills. Wave 21’s debut is one of the best initial releases in recent memory and lays the groundwork for an undoubtedly bright future. 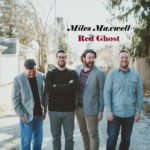 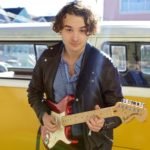 VOLK Bring The Noise And Much More With Their Album ‘Cashville’