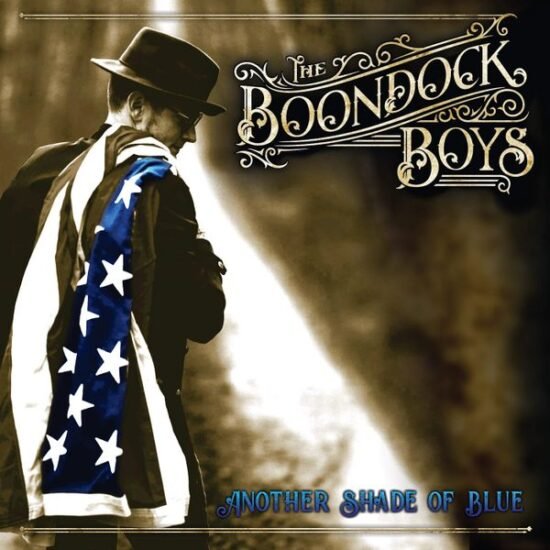 The Boondock Boys are four guys who love their southern rock, as their 2018 album Free, shows. It was a release that offered a great mix of sounds as “Good Lessons” and “Hate, Wish Me Lonely, or Blind” can testify. Not only that, but it also included a cover of “Ain’t No Sunshine”, which is impressive. Now, Skyylar Pelous (vocals/guitar), Lead Guitar – Christian Pond (lead guitar), Ryan Stadler (bass) and Jason Snell (drums) have more to offer with their EP Another Shade of Blue.

Since the release of their album, it seems they have used the time wisely to fine-tune the engine that is The Boondock Boys. When listening to Another Shade of Blue EP, one of the noticeable differences is with their sound. There is confidence and conviction within the delivery of each song. They know their roots of Southern Rock and Country while adding their influences into the mix. Something heard throughout “What You Do to Me”, “What You Do to Me”, and “Just Believe”.

Their sound offers a lot, but so does their lyrics. One of the best examples of this is the track “Free Time.” As soon as you press play, Its chilled-out intro sets the mood for their tale to begin. They mould their words to set the scene with, “We’re takin a slow ride, down to the Gulf of Mexico / Dreamin bout that sweet tea / Spring Breeze baby and that honey from Tupelo.” As the song continues, they take the listener on a road trip. When the hook arrives, it’s hard not to sing along to “Crusin it up on the free time / Ain’t got enough sense to draw the line / Well it’s our time, and we’re doin fine / Ridin in a broke down Oldsmobile / Burnin more than oil flyin through the hills / Well it’s our time, and we’re doin fine.”

Watch the video for “Stingray” below

If that is not enough, the guys are not afraid to get real with their words. “Stingray” highlights this trait as they talk about how “PTSD, anxiety, and depression are a battle people have to deal with every day. Some people are in your life and want to help. Take every hand that reaches out to you.” Its slow build-up sets the tone, especially when the guitar comes into play. Then, their story begins with the lines, “You know I’m one for all / Is that hard to see / I’d help the world / though I can barely breathe.”

The delivery of these words by Pelous shows it is an important message they want to get across. You can hear the personal connection to them, especially during the honest lyrics, “And though I’ve made amends / for all the hurt I’ve caused / I hope you never see me down on my knees / payin for what I’ve lost.” His voice and the guitar (which steals the spotlight at times) add a lot of emotion to the song. This partnership and the addition of strings ensure their hook hits home with, “I need your help now / To make this all seem true / Get it right, get it right / Get it right, get it right somehow / Another shade of blue.”

“Stingray” shows that these guys can deliver an honest track, not only by sound but with vocals and lyrics too. This winning quality is the foundation on which the standout moment “Memories of Gold” is built. From its outset, the emotional tone by Pelous is beautiful on the ears. The rest of the band add subtle layers of music to support the words. They do a great job of enhancing the gentle mood which flows throughout. Doing so ensures this is a song that demands and deserves the listener’s attention.

Pelous’ voice is flawless from beginning to end. He demonstrates stunning control, as well as an honest tone that delivers the words to perfection. Towards the second half of the song, he powers out his vocals to pack an emotional punch. When this happens, the addition of a guitar solo tops it off perfectly. It is The Boondock Boys at their best. However, do not miss the other tracks throughout Another Shade of Blue EP. Just press play and enjoy! 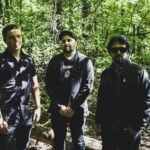 IBG Interview - 8 Questions With... Malacoda Previous
Wilmah Asks Us To "Wait Until Tomorrow" Next 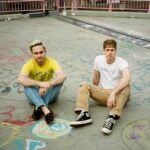