Something lacking in today’s “instant gratification” music industry is the willingness to stick to your guns over a long career. Too many talented artists drop off the map as soon as they do not find mainstream success with their first or second record. On the other side of that spectrum is one of our favorite rappers Mr. P Chill. 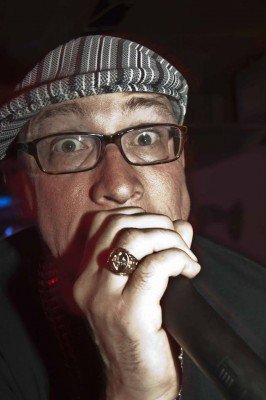 We recently had a chance to sit down with the talented emcee who has been keeping it real for over 20 years and get an advance listen to his upcoming well named record Persistance. The 16 track record keeps up with Mr P Chill’s goals of staying true to the music he grew up on. He is open with his emotions on songs like “Nothing To Loose” with its spacey old school midwest beat and the somehow upbeat sounding “I Know That You Hate Me”. This is a man that pulls no punches and isn’t afraid to say it how it is. The title track “Persistence” keeps the flow going over a playful running piano lick. The stories that P Chill spins can relate to everyone even though he is speaking directly about himself. Enjoy our time speaking with him below:

Mr. P Chill has been in the game for a long time. How did you get started in hip hop?

Back as a kid in the early 1980’s I heard The Breaks by Kurtis Blow and it sort of grabbed me from there. When I was a Jr. High School student I would get into battle cyphers at lunch time and started to consider being an emcee. By 1990-1991 I had formed my first group and had begun writing my own lyrics. In the middle of my junior year of high school I went to a studio here in Sacramento and recorded my group’s first single which came out during the summer before my senior year in 1992. From there it became a part of me and I could not quit, even when I thought I was done. I could not imagine my life if I weren’t making music.

You have performed hundreds of concerts, tell us about your first show ever?

The first “shows” I would rock were house parties and whatnot, but honestly, I consider my first real show to be the first time I got booked to play at an actual music venue. There was a place in Sacramento called The Cattle Club. This was the place to be seen at, so we booked to play one of their “$3 Thursdays” and were booked with a thrash metal band and an experimental funk band. This venue was adored by the local scene and mostly everyone who was touring the independent circuit in the US between 1988-1999 made a stop there at least once, bands like Nirvana, Primus, Stone Temple Pilots, you name it. As adored as this venue was by the local scene, it was a complete dive. I remember their electrical system was so messed up that when my mic would touch my lip by accident when I was rapping that I got a pretty good electric shock! It did not surprise me when I learned that the place was gutted in an electrical fire in the mid 1990’s based upon my first experience there.

You were a mainstay in the Sacremento underground scene for years, compare that scene to your more recent exploits touring the nation?

I see so many similarities to home in every scene I get to be privy to in my travels of the United States. You have your top crews who seem to be in the drivers seat of where and when the shows happen, you have your up and coming cats who are hungry to get time on the mic to prove themselves, and you have your haters who focus on the negative side of things and feed on holding others down. After visiting a town a few times and getting to know how the “politics” of their scene works and making friends there, it honestly feels like home. I go to places like Salt Lake City and Memphis and feel just at home there as I do in Sacramento since I have built relationships with their scenes. I try to bring a little bit of these other scenes home with me by trying to get shows booked for my out of town music family when they are in my neck of the woods.

Mr P Chill has remained within the “old school” style of rapping religiously, have you confronted people expecting you to change with the times and alter your sound?

Yes, and sadly they are people that you would not expect to step to me like that, such as people in my own circle of musicians that I share the bill with from time to time. When somebody has the nerve to say something to me about it in a negative way, I tell them that this is me, I am not 20 years old. I did not come up on rappers like Lil’ Wayne and Kanye West , my influences were the cats I grew up listening to; Ice-T, Chuck D, MC Serch, Heavy D, Big Daddy Kane, Gang Starr, cats like that. I am almost 40 years old. I feel like if I tried to rap like these younger cats, I look like the old guy at the booty-shaking dance club trying to pick up on 21 year old chicks and trying so hard to fit in that he just ends up looking creepy!

It is fresh to meet an artist without delusions of grandeur, how do you stay so grounded?

I keep myself grounded by reminding myself every day that I just need to keep doing me. The best way to make good music and connect with my fans is to just be myself. It seems to me that so many of these non-grounded artists are that way because they bought into their own hype. I define my own success.

What are your plans for the future?

This summer I will be on tour promoting the new album. Between tour dates and when I am not on the road, I have a relatively new business venture that I have entered into. My longtime friend and business partner Michael Lorda and I have started a digital distribution and publishing administration company called Unlimited Sounds Publishing & Distribution, LLC. Our goal is to help independent musicians and labels maximize their opportunities within the realms of digital music distribution and to help them reach their full potential from their publishing. 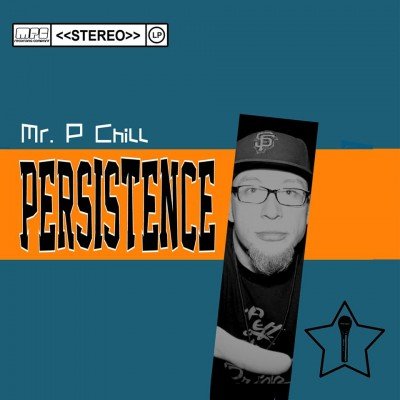 On June 3rd Mr. P Chill will release his Persistence to the world. Keep up with a man that should be admired at: 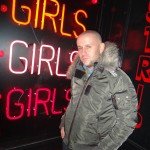 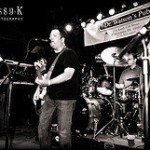