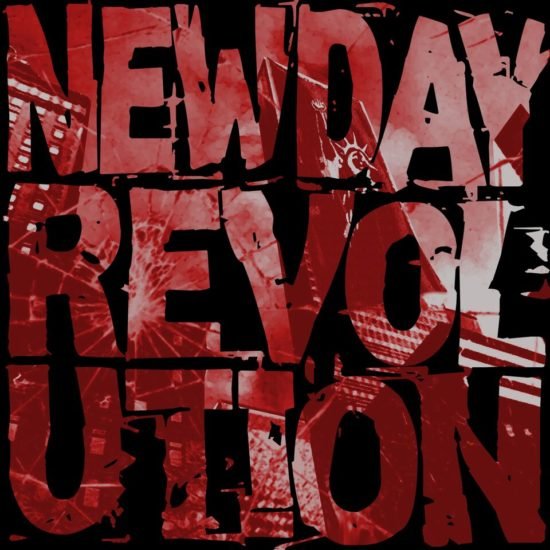 Although hard rock has lost some of its mainstream steam over the past few years there is still plenty for those willing to search. The power still grips at the diehard fans that keep the genre strong as ever. One band that is at the center of this is our recent find New Day Revolution.

The hard rock 5-piece hails from the epicenter of midwest rock, Detroit Rock City. It has given them the ability to build up a fanbase that supports them in all their endeavors. New Day Revolution is made up of Dakota Starr – Vocals, Andrew Roger – Guitar/Vocals, Law – Guitar/Vocals, Rikki Roxx – Bass, and Joe Munoz – Drums.

New Day Revolution is set to release their latest self-titled EP. The 4 song record is their most aggressive and most ambitious piece of work to date. We know they are on a mission to speak thier minds right from start with the opener “Protest Song 18”.

They continue the attack on “Who’s Your God”. The aggressive drumming powers the track with the vocals of Dakota Star adding the angst. This is rock to get you moving. A slightly softer side (as much softness as a power-rock band can show) is featured on “Prey”. New Day Revolution is very meticulous here in making each melodic note count.

We had a chance to sit down with the band and get a little deeper. Enjoy the interview here:

What prompted the decision to go with New Day Revolution as the band name?

NDR really was inspired by the previous band that Dakota and Drew were in. When that band ended, and they both decided to start a new project, they liked the idea of New Day. It gave them a positive feeling about new beginnings and fresh starts. Revolution is such a powerful word and image, it made sense to include that too. We wanted this new band to be a powerful sound that would hopefully inspire and help others the way that music had helped us in own lives.

The sound of NDR can be described as loud, gritty, and honest rock. Each EP has had a slight difference, but at the root of every NDR song is the guitar riff. The riff is the heart of every song. Whether it leans towards metal, punk, or classic rock, the riff and melody is the driving force. Every member has their own influences which we all put together and blend into our music. You’ll hear hints of hardcore, punk, metal, arena rock, and even pop in a song. You put that all together and then you’ll probably have a New Day Revolution song.

What bands have been the biggest influence on New Day Revolution?

Each band has completely different influences. That’s probably why it’s so difficult to choose new covers to throw into the set. When it comes to Dakota, he is very influenced by really energetic rock n roll frontmen that have a punk rock attitude. He grew up loving Scott Weiland, Axle Rose, Josh Todd, and Iggy Pop. Drew is very influenced by southern metal bands like Down and C.O.C. while loving pop punk too. His first record ever was Smash by Offspring. Rikki is always listening to 80s rock. He loves Duff McKagan of Guns N Roses. Joe is a huge fan of Slipknot and Lamb of God. If there’s intense drums on the track, Joe probably digs it. Law is always listening to folk and old country. If you hear any Hank Williams, it’s probably coming from her.

We hear a new EP is coming out later this month. Tell us about it.

It comes out on June 29th. This is our third EP and first since Joe, Law, and Rikki have joined the band. It was recorded at Zoinga Recordings with Mick Maslowski. He produced the first Eva Under Fire record. Without question, it is our heaviest record to date. It’s heavy musically and lyrically. There’s also more groove on this one compared to the previous EPs. The lyrics on this one lean towards more social commentary and reflect on the overall world. It has a lot of bite to the whole thing. This EP is especially important because our fans, The Rebels, made it possible. When the band felt they had the best material, they were $1000 short of their budget. We created an Indiegogo and gave ourselves 8 weeks to raise that amount. The goal was actually hit in 2 weeks because we have the best fans anyone can ask for. It was their love and support that made this entire record possible. We can’t thank them enough.

What does the future hold for New Day Revolution?

The record drops June 29th. We’re having a big party to celebrate the release that night at The Sanctuary in Detroit with our friends in Fallen Stronger, George Aneed, and Circle the Crown. If anyone is near, you should come by. We’re actually giving everyone who comes to the show a FREE copy of the EP. We also have a video for the first single, ‘Who’s Your God’, coming out soon. Hopefully, that’ll be out in a week or so. I’m sure we’ll have it on our website, facebook, youtube, and all that good stuff. After that, it’s off to the races. We’re headlining Leilapalooza in Battle Creek on July 27th. That’s one of our favorite shows every year, so we’re excited to get back, and are really happy to be playing a long set that night. It’s just going to be a year of loud music and dirty stages. We’ll be playing shows to anyplace that’ll have us. We’ve got a new record we’re proud of and can’t wait to get it to the people.

Keep up with more from New Day Revolution HERE. 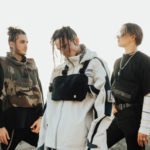 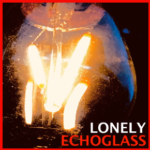