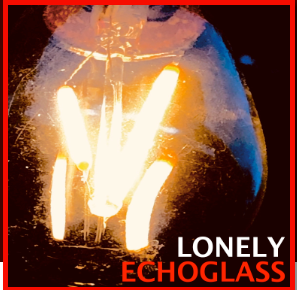 Echoglass makes highly-evolved and well-executed indie pop music built upon beautiful melodies and emotive lyrics. The group came together in 2016 when members D.A. McKenna, Remmy, and Bo united to create meaningful, eclectic songs that would allow them all to leave behind lives of busking and begging and fulfill their desires for exquisite dining, fine alcohol, and casual terrace wear. The new Echoglass single, “Lonely,” should do a lot towards advancing those objectives. Set to see daylight in June of 2019, the track is a hauntingly elegant soundtrack to heartbreak and intimate devastation that commands attention from the very first bar.

The group hails from Blackburn, Lancashire and is deeply connected to the storied Northwest of England music scene. Inspiration is drawn from the region’s legendary artists and poets like Shaun Ryder, Ian Curtis, Pete Shelley, Gary Aspden, LS Lowry, The Beatles, James, Oasis, Mark E. Smith, Ian Brown and Morrissey and is used to create an original sound that can stand level with any of them. “Lonely” is the most moving and poetic Echoglass release yet and represents a new artistic high-water mark strong enough to physically communicate its pain to those listening. A sparse piano and synth soundscape instantly invoke a feeling of loss and McKenna’s smooth baritone voice floats over it gracefully like clouds on an overcast afternoon.

Echoglass Will Get Deep Into Your Soul

The lyric concerns two people driven apart by one’s “suffocating love” and eloquently expresses the yearning one feels for something that could have been wonderful but didn’t last. The chorus of “See the tears well in his eyes/See the pain burn in his chest/You caused this, she caused this/Every moment bursts in flames” drives home the downward spiral even the greatest loves can induce. The video is shot in stunning black-and-white and contributes another layer of difficult truth to the song’s effect. Echoglass has a cinematic and personal masterpiece in “Lonely” that indicates the group is elevating its already-formidable artistry to new heights. 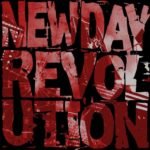 New Day Revolution Keeps The Power in Hard Rock Previous
IBG Premiere - Stephen Babcock Stands Up To The 'Fight... Next 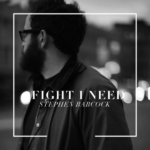