Paul Nourigat says its better late than never with his new EP, Slightly Serious. The singer/songwriter from Portland Oregon began his foray into the music scene later in life, but has been quickly building up his catalog. Nourigat has a lot to say, and says it with a humorous attitude in his Slightly Serious.

Nourigat’s recent work has been tapping into an Americana sound defined by blues-rock guitar and his voice grounded in singer-songwriter roots. “Couth and Truth” is a great start to this project, making a statement about lies and rudeness spread online. This song features a strong chorus emphasizing the advice on this track.

“One More Pair” is a slower-paced bluesy ballad. This track releases alongside a video, setting the scene for this love song for shoes. A sarcastic track aimed at those who never have enough footwear. But there is nothing to joke about Nourigat’s proficiency on the blues changes, a little jazzy, this track is filled with tasteful licks and vocal flourishes.

Watch The Video For “One More Pair” Here

Both “Pressing Snooze” and “Imaginary Genius” air some understandable annoyances all in Nourigat’s signature sardonic tone. Tackling those who do nothing while bringing others down is “Pressing Snooze”. A funk-rock track that deals with those who dish out hate all day while doing nothing but sitting around. “Imaginary Genius” dons a cowboy hat to take on more of a country tone. This one brings some old-school common sense to anyone who thinks their smarter than everyone else.

Paul Nourigat is going strong with his late start to music. If you enjoyed Slightly Serious, make sure to check out some of his other work including his debut album Open Up My Days. Follow Nourigat to keep up with new additions to his already strong repertoire.

Keep Up With Paul Nourigat 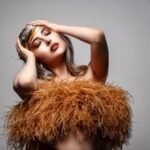 Shiadanni Releases New Single "Penny Pills" Previous
Greg Hoy & The Boys Are Back With "Jet Black, Get Back!" Next 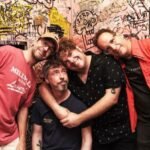