Pistols At Dawn is a 5 piece, Modern Hard Rock band out of Georgia. The same city that gave us Sevendust, and Mastodon, might just be about to give Rock, it’s next great thing. While Atlanta is often known for its Hip Hop scene, it apparently has an active and thriving Rock scene as well. Forming in 2015, Pistols At Dawn, tragically lost one of their founding guitarists in 2018, Mike Buffa. They made the tough decision to move on as a group, and enlisted Tommy Richardson for the honorary spot left by Buffa.

Their current single, “Crown” is from their EP, released on May 7, Nocturnal Youth. On Nocturnal Youth, we get a 4 song offering from a band, at or nearing its creative zenith. It’s only a little over 14 minutes and change of actual music, but Pistols At Dawn leave an undeniable impression. While there sound is derivative at times, from the early part of the century, PAD show a musical maturity and fluidity, that many bands from that nu-metal era, did not. Pistols At Dawn would not be out of place on a festival with Staind and Drowning Pool, but they also fit quite nicely in modern times, especially in part to their message and ideology.

Listen to Nocturnal Youth by Pistols At Dawn below

“Crown” is one of the more straightforward and no nonsense tracks on the record. It’s absolutely oozing with distortion and guitar machismo, and never really lets up from the first chord. Richardson and Devin White, essentially double team us into oblivion, and leave us laying by the end of this one. Everyone is on their game on “Crown,” with vocalist Chris Pierson, a former Rockstar Supernova contestant, displaying his impressive range, and highly controlled intensity. While “Crown,” might not be the song with the most mass appeal on Nocturnal Youth, it will leave the headbangers, more than satisfied.

The rest of the EP is rounded out by “Now Is The Time,” “Gone Black,” and the previously released single, “Voices.” “Gone Black” is one of my personal favorites from the record, as it has a bit more of an edge than the other tracks. Pierson sings the song in a lower, and raspier style, enhancing the tone of the subject matter. “Now Is The Time” is one of the catchiest and most inspiring tracks on the album. While “Voices” is destined to become one of the quintessential PAD songs.

There is currently a video for “Crown,” available on YouTube. The band makes a statement about modern society and its obsession with false idols, as well as its tendencies towards “detrimental pursuits.” With their recent efforts, Pistols At Dawn is all but certain to further their already, thriving momentum. All it takes is one listen to the band, to appreciate how focused and driven they are, with a distinctly positive energy imbuing  their intentions. Nocturnal Youth is now available on Spotify and other streaming platforms. 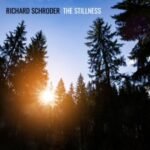 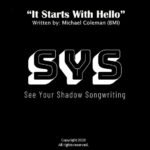