Pistols At Dawn’s “The Truth”

Pistols at Dawn’s “The Truth” is the latest release from this band and is a new beginning for them.  Vocalist Cris Hodges joins an established three-piece who’ve already carved out a reputation as one of the rock genre’s most promising modern acts. The unit writes, records, and performs knockout modern hard rock with a pop-influenced spring in its step. It’s an element missing from a lot of hard rockers and doesn’t dilute the song’s rugged sound.

It’s firmly in keeping with the band’s past work. Pistols at Dawn debuted in 2019 with their self-titled EP and followed the release with seven singles and one additional E.P. “The Truth” is culled from the band’s forthcoming album Ascension and produced by Grammy-winner Sylvia Massy whose credits boast luminaries such as System of a Down, Tool, and Johnny Cash and the expense is justified. Massy’s experience with bands such Tool and System of a Down brings a more forceful sonic presence to the band than they’ve ever enjoyed.

It’s a smart move choosing this track for Hodges’ introduction and he’s an integral part, as well, of the single’s accompanying promotional clip. Director Michael Mueller places a lot of faith in the genre’s standard tropes, particularly jump cuts, and the reliance on fundamentals pays off for both the band and the video viewers. Hodges, in particular, excels physically embodying the song’s frantic energy. The video captures the band’s overall physical charisma without ever overstating its effect on the video.

“The Truth” has relentless and churning guitar that doesn’t completely bulldoze listeners. Pistols at Dawn’s ability to balance a slight but meaningful commercial veneer alongside unimpeachable rock credentials sets them apart. Much of this is undoubtedly a product of the core band’s long time playing alongside one another and it’s a testament to another dimension of their collective talent they have incorporated Hodges so well into the band.

Drummer Joe Melnyk is one of the band’s key pieces. He sets an authoritative mood with his playing, beyond question, but there’s a musical dimension present in his playing that benefits the band. Melnyk, guitarist David Johnson, and bassist Damon Gregg have incorporated a new vocalist into the band without altering their core sound. That’s no small achievement.

“The Truth” has another attribute driving the song. It possesses an unique “voice” as the single speaks to listeners with a lyrical and musical language all their own. It isn’t easy pouring old wine into new bottles, but that’s what Pistol at Dawn has accomplished with this release, which bodes well for their album. The rock genre needs major statement albums from its talented acts and Ascension seems like it may be particularly well-suited for such a designation.

It comes without listeners ever having to labor under needless pretentiousness. Pistols at Dawn never forget they are a rock band, first and foremost, making their music all the more vital. The confluence of intelligence and skillful yet balls-out rock present in “The Truth” will blow away any fan of the style. 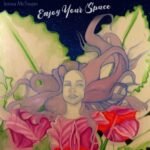 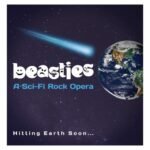 Pistols At Dawn’s “The Truth”