Being around for an extended time in this crazy music business is a grand feat.  There are tons of distractions trying to take every band off course.  Some well known bands cause these distractions themselves in the way of wild antics.  A recent find of ours that we are angry we had not heard of earlier is Rebel Rebel. 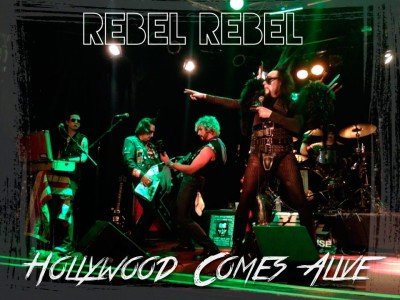 The Los Angeles based band has been at it since 1988 with their own brand of hard rock and performance art making them seemingly as many fans as enemies.  The main point f every show is to offend and make people think and react.  There are influences from bands like KISS and The Plasmatics but Rebel Rebel takes it to the next level of debauchery.  Some examples of this are the band being known to throw razor blades, bullets, matches and syringes into the audience. Jet’s latest is his bed of nails routine, flaming codpiece cock and the grand finale of a dildo that shoots flames as he leaves the stage, through the audience and out the front door of the venue!  No one leaves a Rebel Rebel show without a story to tell.

The latest release by the band is their live album Hollywood Comes Alive.  The 7 track album was recorded live at the world famous Whiskey A Go Go in Hollywood California.  The live energy comes through the speakers and grabs the listener by the throat on songs such as “MK Ultra” and “Science Vixen”.  There is an in your face attitude that can not be denied.  This album features the new song “Its A Free Country” as a tribute to the hard working people of the United States.  Taking in the full album will leave you winded as you try to keep up with the wild Rebel Rebel and picture their stage presence.  Find out more about the band at: http://www.rebelrebel.org/

Check out the new record on iTunes at: https://itunes.apple.com/us/album/hollywood-comes-alive/id935474309 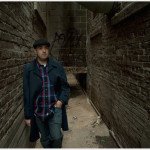