Nowadays, music fans have become strange, uncategorizable beasts; to paraphrase Mr. Gump, you never know what you gonna get, especially at a music festival such as The Royal Flush Fest. When considering a prospective audience coming to see a three year old Icelandic indie-folk band, one might expect a small turnout of hardcore fans, maybe a handful of in-the-know bloggers tweeting as they sway to the rhythm of the music – I, for one, didn’t expect a full-capacity Highline Ballroom shouting back obscure song titles at frontman Sindri Már Sigfússon when, at the end of an exhilarating encore, he asked if there are any requests.

But that’s just the thing about Seabear. For whatever mysterious reason, there is something undeniably attractive in the kind of music they play. In fact, there is something almost too at home in their music: with prevalent 2/4 shuffles, sweeping violins and several traditional sounding song arrangements, they do Americana more easily and convincingly than many of their American equivalents. 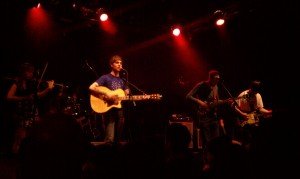 This doesn’t go to say that Seabear are trying to be the next Byrds or Decemberists. In fact, it doesn’t seem that they’re trying to be the next anything at all. While it may be tempting to compare a song such as “Softship” to early Arcade Fire (what with the trumpet and violin, the chiming piano octaves, and the fact that there are seven people on stage, all of whom playing an instrument, most of whom singing as well) – other songs were just as prone to having entirely different arrangements, borrowing ideas from an entirely different source of inspiration. Sure, the occasional meandering, lulling xylophone sample was somewhat reminiscent of fellow Icelanders Múm. Sure, the dramatic soft-loud dynamic changes in “Warm Blood” endowed it with a poppier, less demented Pixie-esque quality. But none of that felt like copycatting; no influence was prevalent enough to easily pigeonhole Seabear. 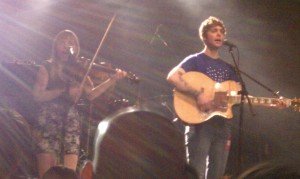 Throughout the show – which was preceded by a well-received set from the spacier, slightly more energetic North Highlands – there was an air of expectation and engagement in the audience; it seemed peculiar because the band itself did not exude a particularly engaging atmosphere. Sigfússon joked around a bit (he has a marvelous Icelandic accent, which even more marvelously disappears when he beings to sing), and everybody else seemed intent on doing their job the best way they could; but as far as audience interaction goes, Seabear gave off a slight sense of arctic coolness (no pun intended). Regardless, they had the audience eating out of the palm of their collective hand. Perhaps the traces of Bluegrass in songs like “Wooden Teeth” felt instantly familiar; maybe “Cold Summer” brought back memories of the Gray’s Anatomy episode that ended with it; perhaps it was simply something in the air. Whatever it was, Seabear certainly delivered, giving the audience a long, enjoyable set of songs ranging from the notable to the obscure, the loud and indie to the hushed and unplugged, from the otherworldly to the band-next-door. And while their musical direction does not seem particularly set in stone at the moment, the songs themselves get the job done with flying colors. 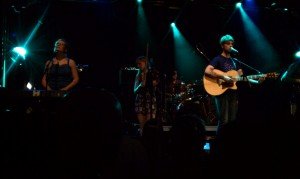 -review and photos by Michael Hazani of Indie Band Guru 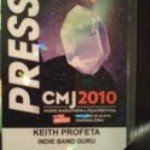