Rob Alexander Shows Homage With “Friend Of Mine (Elton’s Epic)”

No musician can claim they were not influenced by the music of the past. We all build our own sound from what we grew up experiencing and what connected with us. Our friend Rob Alexander keeps this close to his heart. In the past, he has honored George Michael with his single “When I’m Gone” which we covered HERE. Now Rob is back again with another tribute, this time to another amazing vocalist, Elton John.

For the first segment of his life, Rob Alexander put in the hard work needed to become a respected physician and anesthesiologist. For the past few years music has been his calling and he is putting just as much hard work into this chapter.

Currently, Rob is showing his heart and soul with his newest full length album Being Myself. The 15 track record pours on the vocal energy he is known for. The influences of the classic vocalists of pop music can be heard from song to song. The instrument sound is not just influenced but actually here. For this record, Rob Alexander brought in Matt Bissonette on bass, Kim Bullard on keyboards, and John Mahon on drums. They just happen to be 3 of Elton John’s current band members.

An Honor To Elton With “Friend Of Mine”

The latest single release “Friend Of Mine (Elton’s Epic)” is obviously near and dear to thier hearts. Rob says “This is a song I wrote about Elton John’s first trip to America in 1970 when he played the Troubadour club in LA, and subsequently launched a long and successful career.” The homage is felt right from the first lyrics of the song. A warm start builds energy to paint the picture of a rising star spreading his wings. Some fun sounds and background vocals add to the layers of this radio-ready adult contemporary song.

The journey continues for Rob Alexander. Hear the full Being Myself album HERE. And give him a follow on FACEBOOK for more news. 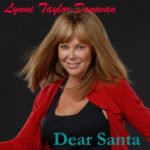 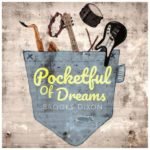 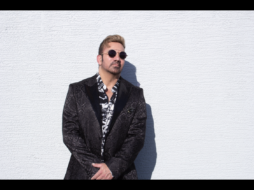 Rob Alexander Shows Homage With “Friend Of Mine (Elton’s Epic)”