We receive many music and video submissions here at Indie Band Guru on a daily basis.  Not that we discriminate but much of them are very amatuer and need some more seasoning before they should be released to the world.  That is why it is very refreshing to receive a submission that is extremely professional and ready for the main stage.  Rob Grimes is showing his potential.

The hip hop artist grew up in the underground skateboard culture of San Diego.  Grimes was known to always push himself to learn new tricks and be the best of the neighborhood.  This was a major influence in helping him develop the confidence to pursue his other interest in hip hop music whether it be in freestyle battles or opening for such artists as T.I., Curren$y, and Kendrick Lamar.

Recently Rob Grimes send us the video for his latest single ‘Pain’.  It is a testament to his phenomenal flow and the ability to blend with samples of classic songs from the past, in this case a Bee Gees classic.  The direction of Alexandher Films puts this music video right on par with the few videos still being played on MTV.  Enjoy it below: 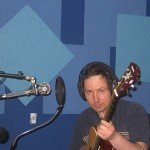