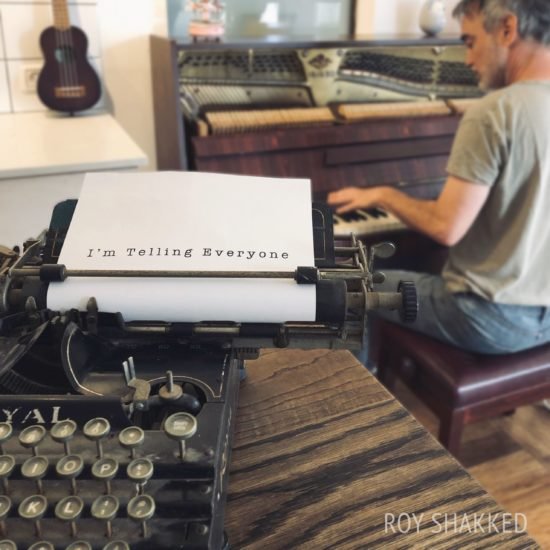 Music is a gift that some of us are just born with. It takes tons of practice to become proficient with any instrument but the passion that is present in a born music lover pushes them through. Even more practice is needed to become a songwriter. The more you put in, the more you will get out. Our recent discovery Roy Shakked has been making music for quite a while now and it shows in his upcoming release I’m Telling Everyone.

The career of the now Tel Aviv, Israel based songwriter has gone in many directions over the years. After graduating from college, Roy Shakked started in music as a video game composer in NYC. A stint in Los Angeles as a record label A&R manager soon led to him starting his own label releasing eclectic underground grooves produced by himself and some like-minded friends.

After a multitude of different releases under different pen names (and over 3 million streams), Roy is now releasing his I’m Telling Everyone EP under his given name, Roy Shakked. The 5 track record lays it all out there. The opener “Oblivion” sets the stage with a soulful sound full of soothing strings and keys. The vocals continue that vibe with their slow pace about life changes.

The title track “I’m Telling Everyone” turns up the energy a little with a smooth beat that gets the head bopping. The smoky vocal delivery keeps the attention transfixed on where Roy Shakked will be taking us. “Five Days A Week” is a fun little ditty about the perils of a work week. The low tome piano melody pulls the song along as the soundscape is filled with an exotic mix of sounds. A very fun track.

The EP closer “In Winter” slows it down for an acoustic singer-songwriter ballad. The track was written as Roy waited for the birth of his daughter this past winter. Again the addition of a soothing soundscape brings the song to a higher level. The build up fully encapsulates the listener in a warm and cozy embrace of anticipation.

We had a chance to get a little deeper into the songwriters mind with a little chat. Enjoy the interview here:

I can’t say I know for sure. All I know is that at this point in my life it’s something that’s built in. If too many days pass without it I feel a certain emptiness.

I’ve been told “melodic” and “lyrical”, with a bunch of 60’s through 80’s nods. My instrumental compositions vary widely stylistically but in my songs I always lean towards an understated traditional verse-hook pop song structure.

It’s an endlessly evolving list. Bowie and The Beatles are huge. Paul Simon in my opinion is as good a songwriter as there’s ever been. Though my music isn’t R&B or Soul I grew up on Stevie Wonder and Earth Wind and Fire and funk bands like Cameo and Funkadelic that have definitely been an influence. Also late 70’s and 80’s Pop-Rock bands like The Cars and The Pretenders, as well as quite a few 80’s electro-pop / new wave artists like Eurythmics and The Human League.

With a list of past monikers, why are you releasing this EP under your own name Roy Shakked?

It’s something I started doing 3 years ago. In the past I felt too vulnerable to put myself out there with my lyrics and vocals under my own name so I only released instrumental music under it. I’ll still have the occasional project that is either a collaboration or stylistically so different that it begs to go by another artist name but for my vocal pop/rock/acoustic songs it feels right to use mine.

What can you tell us about the I’m Telling Everyone EP?

It consists of 4 songs written over the past 2 years and one more (Five Days a Week) that’s a new version of an older, previously released song. The 4 new songs paint a picture of that time frame for me. A new relationship, a new child and life lessons learned in the process. It was recorded in Tel Aviv, Israel, where I now reside after many years in Los Angeles. I play most instruments on it with the occasional help (drums, upright bass, cello, viola and percussion) from my many super-talented and generous friends here and in LA.

It’s, frankly, inconsistent. I have hundreds of voice memos with either a single rhyme, or a melody line, chord progression or a beatbox rhythm with nothing else on it, that are either recent or a few years old, which I’ll often scroll through to try to spark something. A full song rarely just appears. My songs usually take time to reveal themselves to me and go through many revisions. When I do have that rare one that I just run with and wrap up in a day or two I feel elated but there’s a different kind of satisfaction when it all comes together after weeks or months of meandering in the dark, that I’ve come to appreciate.

You have had many successful sync placements for your songs. Is writing music for sync different than writing your own personal songs?

Most of my sync licenses have been for existing songs of mine. I have written specific pieces as well, especially for ads, and that’s a totally different process where the picture is your guide and the client is your master. Less freedom but I love the challenge of fitting my sound into that narrowly focused window.

Share some advice for other artists trying to create a living with their music.

There are so many different paths to take. I don’t think I have any kind of authority on this but I will say that patience, persistence, self-belief and openness are all key. Keep creating, keep putting your stuff out there, and reach out to other artists to either collaborate or just meet or chat. Keep yourself open. Also, mass-emails to industry contacts never work; they only annoy people. Keep it personal whenever possible.

Give us a look at the future for Roy Shakked.

If I only knew. Just moved into a new recording studio so I’m going to be enjoying the atmosphere and creating more music, and definitely spending loads of time with my newborn baby girl.

Look out for the release and keep up with more from Ray Shakked HERE. 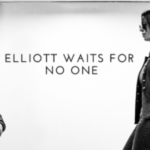 Get Ready Because 'Elliot Waits For No One' Previous
IBG Interview - 8 Questions With... Geo Moon Next 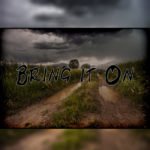