Get Ready Because ‘Elliot Waits For No One’ 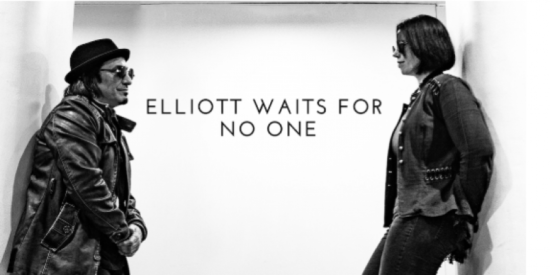 Sharing their self-titled debut album is Alternative/ rock Chicago-based band “Elliot Waits For No One.” Bringing Elliot Waits For No One (EWFNO) to life are members Brian Troch (guitar and vocals), Jenny Franck (guitar and vocals), and Jeff Totora (drums and vocals). The intention for their debut album is inspired by the “ups and downs of decades spent in the music industry, EWFNO reflects the hope and heartbreak that can only come from lives lived on the road, on the charts, and on stage.”

Starting out, Totora and Troch were already rocking together, while Franck was climbing to success with her incredible vocal chops. She was later signed to Dark Star Records, which is where the three would soon meet, and while they knew their voices were different from one another, “they complimented each other beautifully,” Troch says. “I absolutely knew we had something special.”

Starting off the new album is their single “Loathing”. It introduces a very gritty and hard alternative rock sound that becomes the staple of their music throughout the album. The amount of thought and intelligence that supports the lyrics really drew me in, and set them apart from “just another rock band with loud music.” It really lets the lyrical content to rise above everything, which I think is the most valuable part of a song. “Sick of It All” changes the direction from the first song with a softer approach. there’s a beautifully done balance between the two vocalists Troch and Franck.

A highlight for the album is “Megalomaniac” with the abundance of intensity that they bring to the song. There were inklings of massively impactful musical moments and musicianship on their side, that brings this song to life. That intensity that they create so well has an incredible ability to keep building anticipation and take the listener on a new journey with them.

Their next song “Original Sin” does a great job of highlighting Franck as a vocalist. That, along with the continued rise in intensity, keeps the song dynamic and interesting. While she can carry a softer tone to her voice, she can also match the grit and harshness that is sometimes present in Troch’s vocals, and her adeptness in that way is so impressive. There’s even a little section towards the end of the song where its strictly instrumentally focused, and even that section highlights their skills as a band. The same can be said for their fire song “Bleed Me.”

The magnitude of tension that they create in “You Can’t See Through Me” is absolutely mind-blowing. The song is alluring and thought-provoking, which drew me into it completely. This became another amazing highlight that brings the entire album to a whole new level. “Reliable One” and “Like You” has a hint of EDM inspiration that is very different for their sound, but is executed very well. “Like You” has a fun and fierce attitude about it while “Reliable One” highlights a different vocal approach by Franck, which is juxtaposed with the scream-like style that Troch brings to the table, and the balance of the two is done very well.

Closing out the album is “Ghost Behind the Rainbow” the song is alot softer than the others, but creates a beautiful and resolved ending. Throughout the album, there are so many moments of highs and lows, feelings of anger and hurt, while closing in on a more hopeful resolution to “Elliot Waits For No One.”

I really loved that they explored a lot of different aspects of their musicality. While some songs had stuck out in some ways, I do give them massive props for doing so. Their hard alternative rock sound works so well, and they really know how to work that. I think I take a new level of interest and curiosity to step out of ones comfort zone to explore other musical ideas. Not only explore them, but expand on them and release them for us to hear. While some of the songs didn’t fit their “loud rock” mold, I really commend them on having enough balls to not only try, but surpass expectations of what their sound is. Troch says it best when he says that “We want everyone to have a great time. We want to take them on an emotional ride and let them forget about the tumultuous times we live in.” With this album? I think they’ve set themselves up for years ahead of them filled with success. 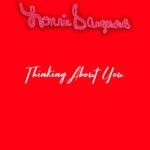 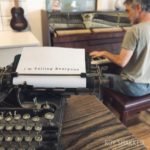