The hip-hop scene has gone in so many different directions through the years. Still, hard-working artists are able to find their own style and take that niche to new audiences. A great example is the music of our recent find, Royal Ruckus. We had a chance to interview emcee Chunjay of hip-hop crew. Take a read:

We have to ask, Where did the name Royal Ruckus come from?

It isn’t typical. How would you describe your unique sound?

I’d say we make fun and catchy rap music, informed by a wide variety of genres and powered with humorous lyrics, contemplative ideas, and positivity. Positivity comes and goes in the world of hip-hop, but we think positivity is always relevant and important.

Which artists have been your biggest influences?

Definitely, among rap artists, we have been heavily influenced by the early trailblazers A Tribe Called Quest, Beastie Boys, De La Soul, and DJ Jazzy Jeff & the Fresh Prince. We’ve always got room for Eminem and Kanye, but I’ve also learned a lot from legends like Murs, Slug from Atmosphere, and Dr. Dre.

We’ve also been influenced musically by non-rap acts like Herb Alpert and the Tijuana Brass, Sufjan Stevens, The Postal Service, and Ben Folds. It would be hard to understate their influences.

Together and now separately, Royal Ruckus has been based in some great music scenes. Tell us about your experiences in Bakersfield, Nashville, Austin, and more?

Oh that’s such a great question! We grew up in Bakersfield, and the music scene there ebbs and flows. But we didn’t let that stop us. When we got started in Bakersfield, we more or less created a lane for ourselves and stayed in it. For a time, there was rarely a week we weren’t mentioned somewhere in the local paper, and I’m not sure anyone else could say that then. It’s like find your niche, and take care of it.

We got a record deal and moved to Nashville. Nashville was great. A good spot to have as a homebase for touring, and a music-loving scene. Even the open mic nights in Nashville and the surrounding areas are legendary. On the negative side, it’s so heavily saturated with talented artists, that sometimes it’s tough to gain traction, even with a record deal.

Flatline, my partner in Royal Ruckus, lives in Austin, and we recorded our latest album in the Dallas/Ft. Worth area. There is a lot of amazing creativity there, and I know Flatline is enjoying the creative community.

I’ve also lived in Hawaii, Pennsylvania, and currently, live in south Florida. I’ve played shows in all three states and had great responses. Every scene is different, but it’s really great when you can connect with great people in a new area.

What is your songwriting process? How does it all come together?

It varies from song to song and album to album. But basically what we generally do is start with the music, at least a rough idea, and then I come up with an angle or song title and start writing from there. I like to borrow ideas from popular culture, advertisements, and old songs or movies, but I also dig deep into my own experiences. Most of my songs have inside jokes or hidden references, which makes it a bit of a scavenger hunt for the most attentive of listeners.

We talk about some of our process in Episode 13 and Episode 14 of my Brews, Beards, and Shipwrecks podcast.

Our latest music video similarly started with a beat, moved to a concept (a break-up song), and then took form with carefully written lyrics about an emotional situation many can connect with.

What’s the story behind the new Royal Ruckus video “These Things Remind?”

I like to joke that I write two kinds of songs: humorous songs and break-up songs. Not a lot of rappers do straight up heartbreak songs, but we do. This is one of our break-up songs, and it’s about coming to grips with the end of a relationship and learning to let go.

We recorded at The Standard in Nashville, Tennessee, a historic building in downtown Nashville. The video is directed by Jeb Wilson, a very talented photographer in Nashville, and stars a very beautiful model and actress from the area, Savannah Clare.

What advice would you give other artists in the game?

Know who you, have your vision, and be the best and most original that you can be. Create your own path, don’t follow someone else’s path.

Tell us about what’s coming up next for Royal Ruckus?

I’m recording an EP in Los Angeles in December with a good friend on production. The details of that are secret at the moment, but I can confirm that Eligh of Living Legends has a guest spot on a posse jam with some of my friends. That’s all I can say for now, but the stuff is hot.

Check out Royal Ruckus all over the Web 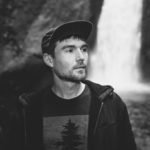 Emancipator's 'Baralku' Belongs with the Stars Previous
Burgess Meredith Delivers 'A Dimension of Sound' with... Next 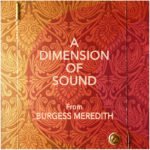