There is a truly classic sound to the late 1970’s rock scene.  It has been many years since then and many musical styles have came and went in that time but that classic guitar rock sound has remained very prevalent through today.  There are some amazing artists keepin that scene alive including Ryan Helman. 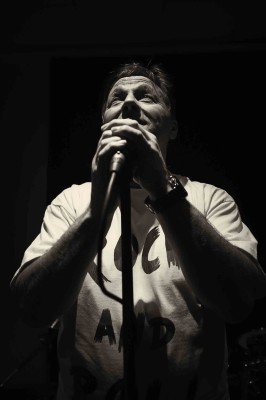 The British born singer/songwriter hails from Harrow.  Ryan has been perfecting his own version of the classic sound for years now.  Influences can be heard from such bands as The Beatles, The Kinks, Four Seasons, Squeeze, and Elvis Costello.  Ryan Helman has continued to keep belting out songs resulting in 3 solo albums and a string of singles.

The latest song to hit the airwaves is “Bowl Of Something”.  The track starts with a sweet guitar power right off the bat.  As the vocals come in the classic pop-rock feel is confirmed as the straight ahead beat keeps it tightly wound.  This is a fun song that will creates a groove that will have fans bopping along.  Keep up with “Bowl Of Something” and more classic track by Ryan Helman at: www.ryanhelman.com Samie Bisaso - Full Album Of Soulful Songs By The Silky... Previous
Kenny Fame - Helping To Heal With New Song For Paris Next