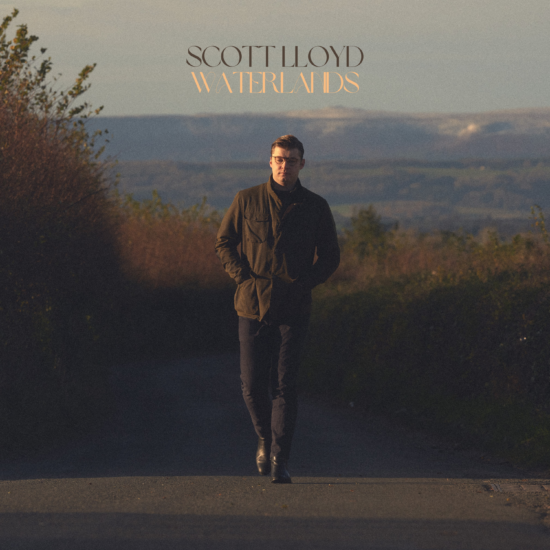 Middlesbrough singer-songwriter Scott Lloyd has been creating music for over a decade now. From the beginning, it was clear to hear how his heroes (such as Simon & Garfunkel, Richard Hawley, The Beatles, and Neil Young) have helped to shape his sound and lyrical style. Since releasing songs such as “I Miss You” and “The Northern Gate”, he has slowly evolved his sound from what had an indie-folk vibe to more of an Americana mood. He has improved on an already impressive storytelling quality. The growth and change led to the perfect showcase of his talents with his self-titled debut album, delivering sublime moments such as “Looking Out to the Sea” and “Caught in the Rain”.

Over the last two years, Scott Lloyd has been busy working on his follow up album. He’s been writing and recording his new album ‘Waterlands’ at Red Sand Studio, Chorlton, Manchester. He says, “This album feels like my love letter to the rural side of life. I have grown a passion for all things nature-related. Walking, gardening, bird watching, fishing and an all round love of nature & wildlife. They have become more important since the first lockdown. Nature was a huge solace for me as all my gigs and work quickly vanished when hospitality closed. Daily walks or being out working in the garden changed my life for the better. The album isn’t entirely about these loves. Each song became more of a reality to me from the calmness, happiness and wonder that the outdoors brought me, and through that, the songs came into being”.

Lloyd has always impressed with words and how he shares them with his guitar. This winning partnership shines through the short but sweet “Meet Me at the Bluebell”. There is a captivating charm to his delivery of the opening lines, “Meet me at the bluebell and I’ll drink with you / Tell me all about your life / The words and phrases paint a picture, and it sits with me”. A simple tale that makes you need to sit and listen. It highlights how much he has learned from his heroes in the art of storytelling. It is a quality that flows into the equally impressive “In The Water”.

Scott Lloyd · In The Water

Yet again, his talents of making the listener picture the scene with his words shine during “With Different Eyes”. The addition of a harmonica creates a different mood for his story. Like many times before, as his tale begins, he takes the listener’s hand and takes them on a journey. When the chorus, he gets his message across to perfection. Especially with the lines, “Just give some time / And let myself know / That when I come out the other side, I’ll see the world / With different eyes”. It moves at a gentle pace throughout the song. He uses his guitar and keys to add more depth to its soundtrack. The tempo changes with the arrival of “Running”. Its toe-tapping Americana groove offers something different from the album so far. It shows he is not afraid to mix up his sound, especially with its impressive guitar solo.

From its atmospheric intro and gentle acoustic guitar, “Stepping Stones” hints at something special, a feeling that is confirmed as Lloyd starts his tale with, “Both of us / Are growing up / Tiny feet, A small heartbeat / I’ve waited all my life just for you / Hoping I would be right for you / So I’m gonna sing a lullaby”. He shares each word in a gentle and captivating manner. Along with its soundtrack, they all flow so effortlessly. Even the addition of whistling is done to reflect the mood. It is hard to put into words why this song sounds so good. It is one of those releases you hear, and it just feels right.

“Waterlands” changes the tempo, with a violin adding Celtic elements, another welcomed change of pace to the album. Yet again, this highlights how Lloyd is fearless in changing the flow of his music. His guitar stands out as soon as “Skylark” begins. Like those before, it is another excellent example of his lyrical qualities as he shares some special memories and places he has seen. He delivers his words alongside a soundtrack that changes pace as it progresses. It makes an impact as the hook arrives with “These places I go / They tell me what I need to know / They show me what I need to see / They tell me what I have to be”. Like “Stepping Stone”, there is something special about it.

Scott Lloyd created something special with his debut album. However, ‘Waterlands’ is as good of a release with more of his captivating storytelling.

Bringing a party-like mood comes “Miss You Dearly”. Its toe-tapping energetic feel is deceptive as his story talks about missing performing live. Also, it is a gentle reminder to have love for your music. He shares this message, “When they aim too high and forget why / They started out in the first place / The love of music should take centre stage”. It’s hard not to get swept along with the track’s vibe, especially during its final part. Closing out the album comes “California” with its sunnier tone. As it ends, it caps off another sublime collection of songs by Scott Lloyd that deserves all of the praise it will receive. Why not give ‘Waterlands’ a listen today and let him take you on a journey with his tales. 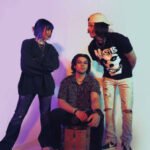 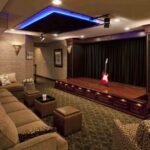