Rounding out arrangements with searing electric guitar parts in  “The Darkest Part” or cultivating a sensitive harmony with dueling piano and string elements in “The Coin,” Corey Stapleton & The Pretty Pirates have a lot of instrumental ground they wish to cover in Sea Change, and they do fairly well for this being the first full-length album they’ve recorded together. Of course, Stapleton’s charisma at the head of the table is the main reason to check out Sea Change, but I would be remiss if I didn’t note the significant role that The Pretty Pirates play in making every one of the melodic fireworks in this record feel like something out of a fairytale. “Kabul’s Fallen,” “Western Son,” “New Me,” and even “Mosaic” feel like they’re a product of collective affection for the medium, which isn’t something I often find in a record delivered unto us with such a prominent voice leading the charge. All in all, this is an LP that has more surprises than a lot of indie critics might be bracing themselves for, and while there’s a lot of attention on underground singer/songwriters in general at the moment, this is one who makes his sound quite distinct.

Tonal balance is a constant in Sea Change, with the title track, “The Pen,” and “As the Crow Flies” being some of the more sonically expressive works on the record. Although I think it’s pretty clear that Stapleton is a singer/songwriter who cares a great deal about intricate craftsmanship, he doesn’t have the attitude of a control freak in this outing at all – the exact opposite.

Listen to Sea Change below

If he approaches the production process with the ease he does the hook in “My First Rodeo. Not.,” then he might be one of the most relaxed players coming out of his scene in 2022. The beats are usually implied here, with the percussion in “Make This Work” and “Mosaic” doing little more than texturizing what already feels like a movement of melody over physicality. This isn’t to say that it hurts the fluidity of the tracklist, as quite the opposite is true; to me, Stapleton making this pop/rock album feel like a folkie piece is one of its strangest and most beguiling charms.

Sea Change is a lot of different things – a collection of stories, a self-portrait, a chance to understand an artist at the very start of his career – but above all else I think it’s a striking statement piece that begs for us to give it a second listen well after we’ve put down its dozen songs for the first time. Corey Stapleton is going to benefit from all the love his genre is getting these days, but even if he were battling upstream to get this music some attention, I don’t know that he would have a hard time finding an audience for the mighty melodies he gives us in Sea Change. This debut is setting the bar pretty high, but it’s one I can envision him exceeding in the future. 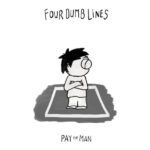 Pay The Man Gets Real With His New Single 'Four Dumb... Previous
Jon Fuller asks 'When Did You Get So Damn Scared' Next 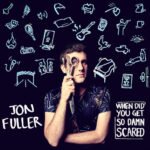