Shaggy Rogers – Relaxing Hip Hop For A Smoked Out Bedroom

A relaxing Sunday is in store for the Indie Band Guru.  We can’t say what scent will be wafting in the office air today but know that it will put me in a more relaxed state.  The search for the soundtrack didn’t have to go far after we discovered Shaggy Rogers. 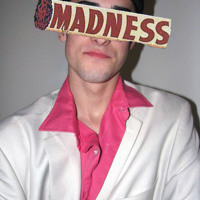 The emcee was born and raised in Philadelphia but has since relocated to the other side of Pennsylvania and settled in Pittsburgh.  Shaggy has created a unique sound using old school hip hop influences mixed with soulful beats and a vocal tone that is extremely laid back.  Perfect for a relaxing Sunday afternoon.  His flows seem very real as well.  He says every line of every song he has written holds some sort of importance whether it’s a symbolic meaning or real life experience.  Shaggy definitely experiences life through his own distinctive haze.

Shaggy Rogers is currently working on a new EP titled Moms & Dads set to drop this year.  We were able to get a listen to some of the new songs he is working on as well as his last underground EP Grass Roots.  His introduction through songs such as ‘Styles’ and ‘Deep’ show his love of the old school relaxed flavor.  The deep 70’s soul influenced back beats create an air of leisure that will glue the listener to his comfortable seat.  One of Shaggy’s newer soundcloud streams ‘Vibe Out’ continues the related aura while also sharing a flow that is full of smart and educating lyrics such as his slow drawl on ‘Madness’,“find a way out of this madness” and the rhyming flow of ‘Portrait’, “so euphoric that you can’t ignore it”.  He shares his passions on this stream as well, “smoking, drinking, and making music”.  This one touched me as well because I discovered the song set was on repeat for about 30 minutes.  His music is full of that laid back vibe that allows time to fly by without the listener even taking notice.  Enjoy ‘Vibe Out’ here:

Shaggy Rogers music is highly recommended for that time when you just want to let go.  Go let yourself go at:  https://soundcloud.com/shaggyrogers-1

The Danbury Lie – A Jaunt into Meditatively Macabre... Previous
Night Moves - Live at Music Hall Of Williamsburg With... Next