Last week Indie Band Guru was invited to a show that we have been looking forward to.  The band Night Moves from Minneapolis, which we have been following for a while, was coming to Brooklyn to open for Django Django.  It was a cold and slushy night but the crowd was not thwarted on their trip to the crowded Music Hall Of Williamsburg.

The band is young (all in their early 20’s) and new (first show was in 2012) but has already been creating quite a stir.  They were named best new band in the Twin Cities for 2012 by CitiPages and have already been signed to a deal with Domino Records.  All this is happening so quickly for a reason.

The trio began their set promptly at 9pm with their signature psychedelic blues rock sound accompanied by singer John Pelant’s glam rock vocals.  It is quite the presentation and I think more than a few people waiting on Django Django were taken back by Night Moves.  There were many heads-a-bopping when the band got to songs such as ‘Country Queen’ and ‘Family Tongues’.  The band showed off their spacey and psychedelic side with ‘Put Out Your Shoulder’.  There was something here for everyone as the band commanded the stage.  It was also abundantly obvious that they were having a good time up there too.  That always makes for a better show.   By the time Night Moves got to my favorite track ‘Headlights’ with its jangly guitars and spooky high vocals there were quite a few more new fans rocking along. 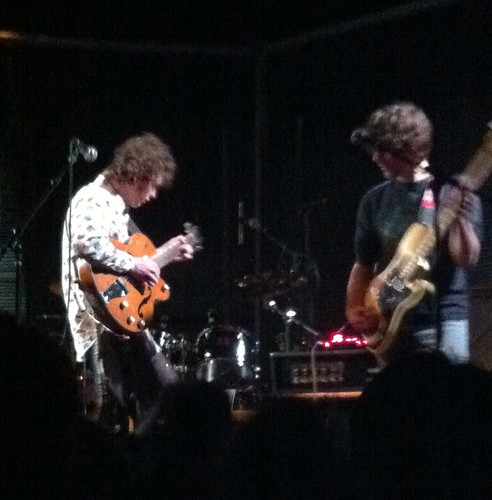 Great set that surely sets the tone for their month long stint with current English darlings Django Django.  If you missed them you better catch up and get these guys on your radar.  Listen here: http://nightmovesmpls.com/

PS.  I even got to chat with John for a while afterwards at the merch table. 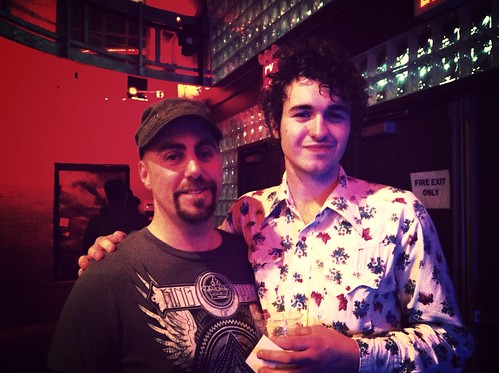