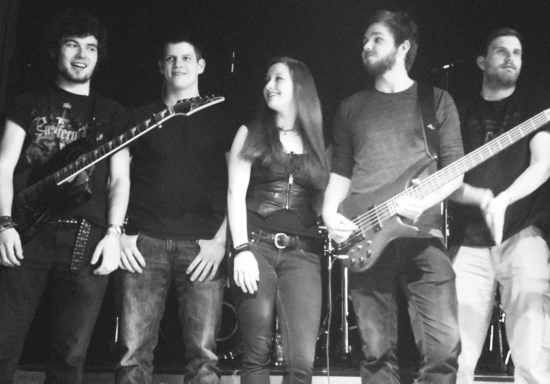 Music can come from anywhere. Sometimes the deepest forms of inspiration become the best songs. Our new friends Skooma Cat are quite deep but quite silly at the same time. We caught up with the eclectic rock band to get a little look behind the curtain and into their minds. Enjoy the ride:

First off, where did the name Skooma Cat come from?

Let’s plunge in at the deep end, shall we? The name “Skooma Cat” derives from khajiitian Daedra-worship and describes a cat-like identity of Sheogorath, daedric prince of madness. Quite a mouthful.

All that is taken from famous “The Elder Scrolls”-franchise and those who are familiar will probably nod and say something like “sure!” or “cringe!”. For those who are not, here is an abbreviated explanation: Skooma Cat is a jolly evil deity depicted as a drug addicted icon by confused cat people.

Eclectic might be a fitting term. We cover a wide variety of emotional ground and the overall musical tone differs greatly depending on the current theme. We have some guiding threads, though: Driving guitars, pathos and catchyness with a twist. All those ingredients are compiled into a thing we call “Alternative Folk Rock”.

Tell us about how the band came together. What did you bond over?

We were two nerdy boys and a girl who loves Rock Music. That’s pretty much status quo to the present day.

Which bands have had the greatest influence on Skooma Cat?

When we started out around 2013/14, Jethro Tull, Jefferson Airplane and to some degree Nightwish. Today, we incorporate everything from Country to Black Metal. When I wrote “Adventures: Vampires of Vvardenfell”, I was listening to a lot of Paradise Lost and Ghost.

Your music is quite unique in its themes. Tell us about the inspiration for new record Adventures: Vampires of Vvardenfell?

Our first record “The Elder Tunes” was very cheerful and light-hearted for the better part. That was a logical thing to do, given that our ‘patron’ makes up a majority of the franchises humour. After exploring graver and, ultimately, more personal issues on “Aim for Elysium”, we wanted to create something somber yet complex. The vampire lore of Morrowind was a perfect premise, because though relatively vague, it is full of immersive stories of personal drama and relief.

There is some strong nostalgia in that as well.

How does a song come together? What is your songwriting process?

This is going to sound like a sterile and boring process, but here it goes: After deciding on a theme, I consider moods and topics I want to feature. I then collect ideas and arrange songs around those.

Usually, I start off with some kind of hook – this might be a vocal line, a riff or even just the sound of a specific intrument – and build harmonies and melodies as I see fit.

While one may argue, that such a methodical approach will strip your songs of authenticity, I say: Channeling your heartfelt creativity into a meaningful piece is much easier, if you understand, where you are heading

Give us some advice for other bands creating their own lane?

The guitar is most definitely not too quiet. Change your strings. Avoid wolves.

What does the future hold for Skooma Cat? 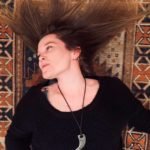 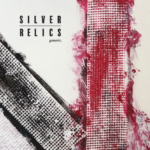