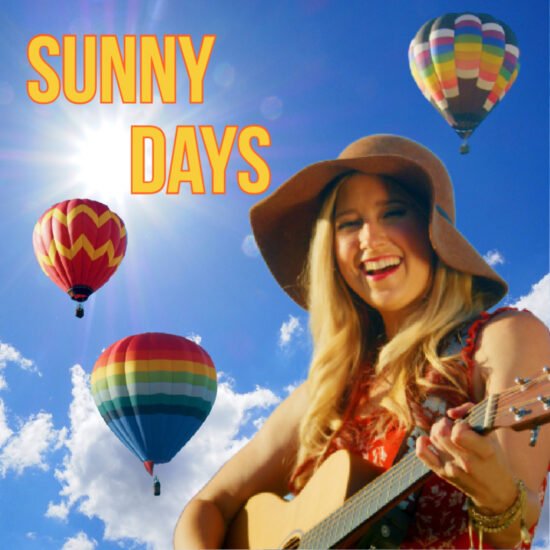 Pennsylvania’s Stacy Gabel has churned out yet another contemporary pop/songwriter gem. Her new release “Sunny Days” is just what the doctor ordered. It’s food for the soul – “Sunny Days” transports the listener to the peaceful acoustic guitar. Gabel’s voice flourishes over the cascading riffs. A natural songstress, Gabel makes it all sound easy in this eternally optimistic tune. A prolific and celebrated songwriter, the “Stir Crazy” Americana-folk pop singer continues to expand her sonic palette in “Sunny Days”. This just might be her best offering yet.

Gabel excels at making the listener feel instantly comfortable at ease in her presence. Like that favorite music teacher or a Disney princess voice, Gabel is so generous with joy. If you listen to this song and are in a bad mood afterward, then you’re doing it wrong. “Sunny Days” gets to the point right away and showers the listener with smiling tones and vibes. Perhaps the best part about the song – and Gabel in general, is her honesty. She’s genuine. I don’t think she puts on airs for anyone. You get what you get with her – and I can’t help but wonder if this is a song that is just the soundtrack to her life. She’s grateful to the person she’s singing about, she’s thankful that they build her up just as much as she encourages the other person.

Watch the video for “Sunny Days” below

This song is a great fit for the music fan that thrives on singer/songwriters. I think in many ways, like Joni Mitchell, Gabel almost effortlessly accomplishes this level of pure songwriting. She doesn’t try to throw the kitchen sink into the produced track. I think that is so smart – in a music business that is seeing upwards of 60,000 songs added to Spotify a day, Gabel is true to herself and true to her art. I think she’s giving to her audience and wants them to be entertained but songs like “Sunny Days” reflect a woman that is in the people connection business. You don’t come around artists or singers like her every day. It’s really cool, actually.

Her guitar work is modest and that’s perfectly fine. I was more engaged with her vocals and her soaring harmonies. She has a very strong voice – one that can project in any size room. She doesn’t appear to be slowing down or at the very least, being jaded by life’s ups and downs. I would love to hear this song live. Gabel has that way of making it sound intimate, but to hear this outside at an amphitheater on a summer night would be grand.

“Sunny Days” is the Vitamin D of songs. It’s a great reminder to choose kindness and positivity every morning. Gabel is quickly proving that writing songs that sound like a selection from Chicken Soup for The Soul has a place in music, a very marketable place indeed. I can see Christian music fans and pop fans really enjoying the up-tempo and acoustic guitar movement. Gabel doesn’t leave anyone out of the picture – this song really is for anyone and everyone. 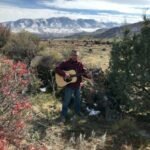