When a band that we gave a favorable review in the past gets back to us it raises some apprehension.  More often than I can count the follow up record has been a letdown of sorts.  Many bands rush to put out new music too quickly and don’t really have the material for a second album yet.  Think about it; usually a debut album is a collection of songs that have been written over a long time, some collecting dust for years until the opportunity to record an album came up.  Then with today’s hectic rushing society, the fans want a new album immediately so as to not let the band be forgotten about.  This is not an easy task.  Luckily for us, Stellar Winds have broken this mold and have released more great music for their catalog within a year. 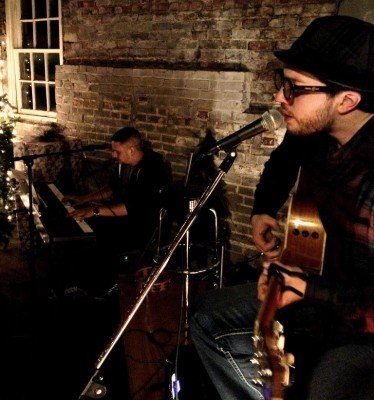 Last summer, when we first introduced them to you, the duo had just put out their 7 song EP  Nights At The Nest.  The low key record was perfect for those quiet nights alone.  When you have something good, stick with it, and that is just what they have done.  Earlier this summer Stellar Winds put out the 9 song LP It’s Not Long Before The Sun.  Each song continues in the melancholy theme with slight touches of excitement to keep the attention of any listener.  On the opener ‘So Far Lost’ the grainy guitar and vocal mix brought memories of Elliot Smith to my mind.  This is storytelling songwriting at its best.  ‘Birds Over Water’ is a beautiful song with a tender melody enhanced by the sweet voice of Justin Turner as his yearn for a relaxing time is felt.  The standout song in my opinion is ‘Like You’.  It has a more radio friendly feel closer to Thom Yorke of Radiohead.  The pieces of the song fit together perfectly as no one part jumps out at you but the full impact of the song is felt in one fully developed soundscape.  This continues throughout the full 35 minutes of the album and you will find yourself in a much more relaxed place when you reach the end.

We are glad to see that the boys of Stellar Winds are back and plead for you to go get a listen of the album for yourself at:  https://soundcloud.com/stellarwinds/sets/greenlp

Keep up with their progress at:  www.stellarwindsmusic.tumblr.com 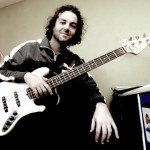 Luka Veselinovic - Croatian Based 'Excitement' Jazz That... Previous
K-Bass and Farafina Musiki - Reggae/Afro-Pop To Get Your... Next