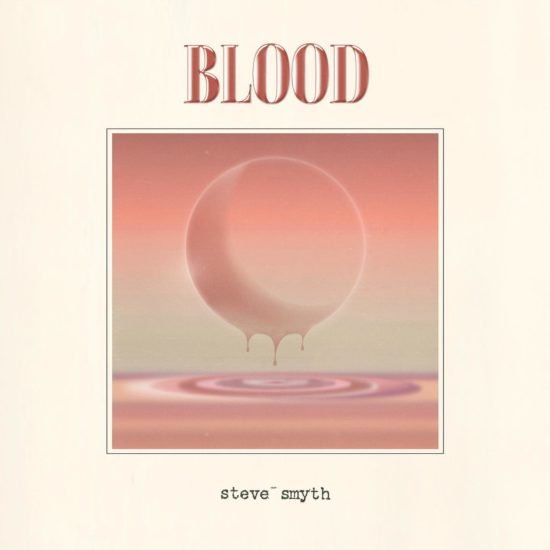 Music has always been an essential part of Steve Smyth‘s world. His early days saw him playing in various musical projects from bands to performing solo. Soon he would begin to create a sound that would be his own.

Learning from his heroes (ranging from legendary folk storyteller Dave Von Ronk to influential rockers such as Nirvana), he assembled his debut album Release in 2011. With it, he instantly impressed with a voice compared to the likes of Tom Waits and Jeff Buckley. When he sang, he did it with so much soul. It was impossible not to be impressed, especially with songs such as “No Man’s Land” and “Barbiturate Cowboy and His Dark Horses”.

Afterwards, he travelled around Europe, touring, working and writing new songs. Soon, new material came together to form his follow up album Exits. Again, his songwriting and vocal presence stood out. It confirmed that his talent was the genuine article as “Get On” and “Written and Spoken” can testify.

Now Smyth returns with a new collection of songs called Blood, first of a four EP collection. It offers a natural sound due to it being recorded live in the church of Saint Philip Neri (situated the Gothic quarter of Barcelona). Because of this, each track offers a more intimate performance. It is a real showing of his musical talents, which include an impressive lyricism and captivating vocal style. It’s the closest you can get to him performing live.

Blood opens up with the beautiful “Need it In Need”. He begins it with “The whined from the tires / The lag off the choral / Saying this year will be known by the lines on my face”. There is a minimalist feel to the song which focuses around Smyth and his guitar. The music floats along so effortlessly and with a haunting echo, due to the recording environment. The vocals have a gentle tone and used to bring his story to life. Especially with the lines “The pages read of slavery / Words in unrequited desire / Settle down let the note ring / For whom the bell tolls”. His emotive and passionate voice captivates, highlighting his storytelling talents.

Next comes the song “Your Sincerely” which slows the pace further. Again his vocals impress, however, it is his mesmerising guitar which steals the show. “Stages” offers yet another showing of his lyrical and storytelling qualities. He knows how to mould his words to paint emotions with such detail. A great example of this is with the lines “Mistakes are the feelings left all alone / I spend my days dreaming of ghosts that won’t let go / And dangerous minds replay sorrow / Clouds keep passing along with hair on my pillow”.

With each song, the calibre of the songwriting and arrangements continues to impress. So, when “Luz De Luna” arrives, there is a high expectation. His guitar sets a gentle mood, enhanced further due to the acoustics of the church. The environment also intensifies the other instruments used within its soundtrack. Every one of them has time to breathe to help create its enchanting atmosphere. Even Smyth’s soulful vocals float along so effortlessly, all to create a must-hear moment from the EP.

Smyth saves the best for last with “Gone For Good”. He says it is “a truly haunting tale tracing human empathy and discovery against a backdrop of heartache and pain”. As soon as it begins, its emotional tone tells this listener to expect something special. The story opens up with “I shot the ivory, I melted your silver / Swung that cold cold hammer down / I may have broken your months of tears / But what I lost is gone for good”.

There is so much passion within his voice. It becomes one of those songs which you feel as well as listen to. His delivery shines throughout. However, he excels further with the closing lines “Now I’ve found a way to get on the straight / I find a way sometimes to get laid / I show my teeth to strangers on the street / I tried two times this week to quit cigarettes / But what I’ve lost is gone for good”. It is the perfect ending to this beautiful moment.

It is safe to say, the wait for new music by Steve Smyth was more than worth it. Blood is yet another stunning example of his songwriting talents which oozes genuine emotion. However, like his previous releases, it also leaves you wanting more. Thankfully, there are more EP’s to come, and we can expect that they will all be as captivating. 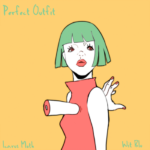 IBG Interview - 8 Questions With... Icarus Moth & Wit... Previous
The Prof. Fuzz 63 Are Back At It Again With Title Track Next 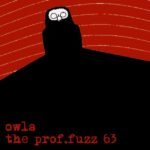 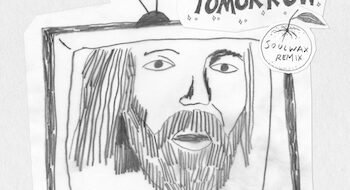