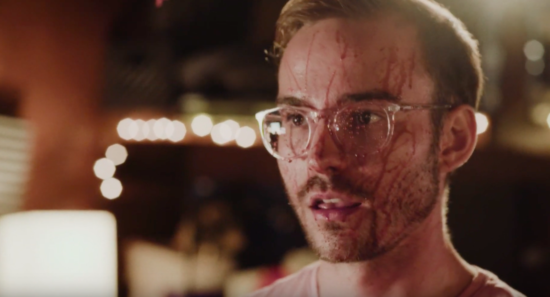 Everyone has woken up from a dream feeling as if it was reality. We open our eyes, check out our surroundings, maybe text a friend about the “wild dream you had last night” and then go on with our day. However, for Max Gerlock, his dream translated to a fully formed music video.

Oakland based garage-pop band, Super Cassette, recently debuted their first music video for their new single, “Better In Reverse”. The video starts as if it was a scene from a home video of your friends jamming out in their garage when all of a sudden, it transitions into the opening scene in a Dick Wolf produced television show. One by one, members of the band are slain with lyrics of “you were my brother but we killed each other” are beautifully harmonized in the background.

Lead singer, Max Gerlock, told Indie Band Guru that the premise of the video and song came to him in a two-fold wave. The lyrics came as he was reminiscing on a past nonsensical sibling argument with his brother and bandmate, Nick. Wondering why he was treating his brother poorly, the opening lyrics came to his mind instantly and the remainder of the lyrics flowed naturally. “It’s an example of how humans just kind of… mess everything up for themselves” Max told IBG, “we don’t realize how bad everything is until we’re reflecting on our poor decisions and just wish that we could rewind everything”.

As for the dystopian, zombie filled music video, this came from a dream Max not of killing his bandmates, but telling his bandmates about a video where they kill each other off. Yes, it is as meta as it seems, but that’s very on brand for the group. Upon telling his bandmates about his idea, Max said “they actually laughed, we all have a good sense of humor so thankfully nobody was offended of me suggesting we all kill each other”. Upon reading the lyrics more closely, it’s hard to imagine what other plot-line this music video could have had. In a world where we don’t realize what we have done until it’s too late, hitting a rewind button in a series of unfortunate events perfectly translates the premise and drives it home.

“Better In Reverse” marks a new chapter for Super Cassette. The single has a bigger sound than those of the band’s past. It’s in your face but it’s also something you can vibe to. It’s playful in it’s initial listen, but makes you think and dive deeper the more you listen to it. “We’re really evolving as musicians and songwriters,” says Max, “it shows who we are and where we’re going.”

In a time where smaller artists are getting recognized for their passion projects in the main stream eye, Max is looking forward to the future of Super Cassette. With a hope of producing a new song each month, it’s easy to believe that this dedicated and boisterous group are in it for the long haul. 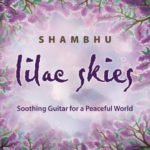 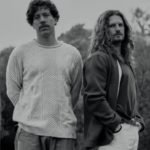