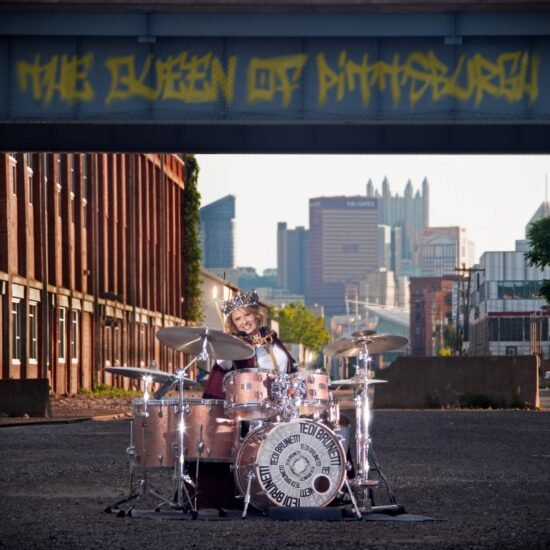 I had the pleasure of reviewing the full-length album, The Queen of Pittsburgh from bandleader/vocalist/percussionist Tedi Brunetti after the first single, ‘Evil Woman’ was released in May of 2021. Since then this dynamic work has been played repeatedly and it has given me a new appreciation of the nuances this album offers and some of the more hidden surprises which await new listeners.

On the first reaction to this nine-song offering, I marvel at the coordination and relative symmetry Tedi displays as she offers heartfelt, impactful verse while keeping an extremely tight drumbeat, as heard on the debut single, Evil Woman. This bluesy, country rocker has hints of pop sensibilities with its infectious chorus and entertaining themes of the many facets of people’s intentions and desires. Although this hit single has been on playlists now for six months, The Queen of Pittsburgh also contains many other soon-to-be favorites.

‘Seduce You’ strikes a defiant tone with under-produced, live-off-the-floor feeling jam, rich with the subtle nuances that only come out when a musician truly feels the art they are performing. As Tedi enters the pre-chorus the untamed release of vocal ferocity captures the metaphor of the wild inner spirit within us. Coupled by the never veering syncopation between high-hat and snare and this track forces the listener to become raptured with the rhythm and vocal might of Tedi Brunetti.

Although, reviewing every track on The Queen of Pittsburgh is outside the scope of this review, the album is quickly gaining momentum through its close to 75k streams, and 25k video views. The Queen of Pittsburgh offers many more treats for listeners than first discovered. Bluesy, narratives with colorful thematic archetypes in My True Story, jiving, swing on Something’s Cooking, and the anthemic stadium rock feel on the title track, The Queen of Pittsburgh, this album has checked the boxes of everything we need to satisfy a party crowd or a cruise down the highway with the top down.

Along with the majestic vocals, and powerful, intricate tempos, listeners should also pay attention to the assemblage of talented players Tedi has gathered to accompany her. The effective way Tedi has shared the stage with these musicians also demonstrates her professionalism, and maturity as an artist as each player brings life with each guitar lick, bass funk, and keyboard sound. The Queen of Pittsburgh should be an essential addition to any Country/blues/Americana Rock fan’s playlist, as it has been with mine. 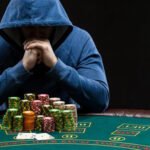 How To Write The Perfect Gambling Song Previous
Death.wav Shares "My Body" Next 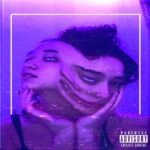