The Hollows – You Missed The Party Live At Mercury Lounge

Indie Band Guru
So when I first looked up The Hollows upon being invited to their show, I saw three results come up.  Confused I went on the Mercury Lounge site to make sure I heard the right band so that I can have a clear idea of who I was going to see.  Honestly, I was not that impressed.  Well, Mercury Lounge had the wrong band too.  As I stepped in and the show started, I swear to you I was not in New York anymore,  instead I was somewhere in the south.  The party had just started and believe me they know how to start a party. 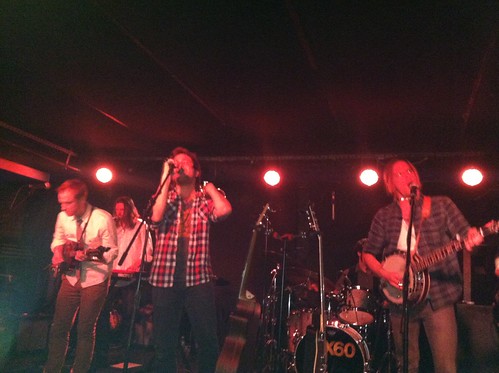 This The Hollows  just went all the way as soon as they got on stage.  It was a great surprise to hear these guys really jam.  The voices that came out of them was astonishing and let’s not forget the playing that goes along with it.  I really believe The Hollows sleep with their instruments because the way they capture the beauty of each instrument is flabbergasting. They have studied these instruments inside and out and they constantly show their musical talent by rotating instruments throughout the concert.  For me that is a sign that they are true musicians that go beyond the voices that they carry.
. 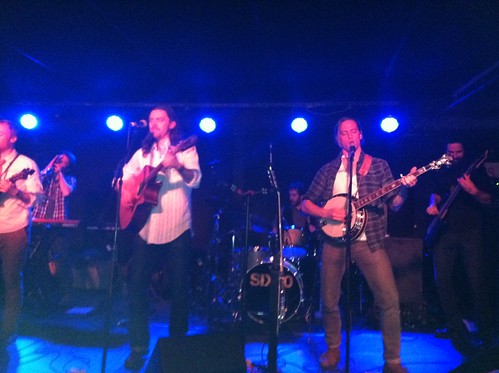 One of their memorable tracks was ‘Pioneers’ which will be in their upcoming live EP (If I’m not mistaken).  Their lyrics were so earthy and soulful while their stage presence was captivating.  ‘Josephine’ was another track of theirs that really displayed their talent at full force and their harmonies on this song are impeccable.  The Hollows really do not have a true frontman since they all take turns at being centerstage, which is pretty interesting since there is so much talent to go around.  Their last song ‘Youngbloo’d was the perfect song to end their set with since it was full of soul and the singing was unique.
. 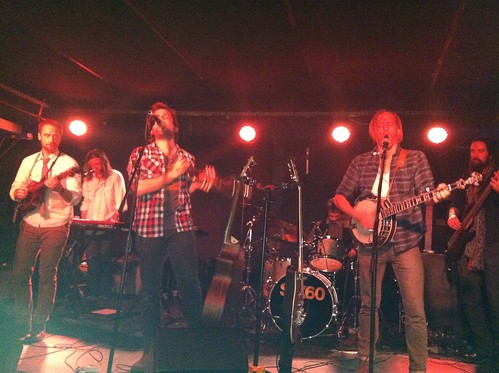 The Hollows really intrigued me, so much that I had to buy their self titled album The Hollows and listen to it on the way home. They know how to give you an amazing show with interesting stories they had while they were on a road.  Why were they the opening band is a mystery to me, but i don;t think they will remain on the undercard for long.  They have amazing talent and seriously if you have a chance to listen to their album do so but I also recommend checking them out on concert.  They are a hundred times better than you can imagine. And when you go, grab some bourbon because this is one of those parties.
Go take a listen and find out more about (the real) The Hollows at: http://www.thehollowsonline.com
.
-review by Ana Cordova-Osbahr
Insane Prototype - Powerful And Dark Rock From Russia... Previous
BUNKS - More Than Just Impressive Hip Hop, This Is A... Next