The strangest of things has been the beginning of some of the greatest bands.  Sometimes one thing turns into another, then another and great music has become the result.  Circumstance and fate are huge factors in the world of music.  It seems like this may be about to happen with our latest find The Red On Black.

The Salt Lake City, Utah 5-piece started as solo project by Colin Cronin as he was determined to write a rock opera.  Somehow this morphed into him starting a band with older brother Brendan, something they had been determined to do for years but never had the right circumstance.  The two recruited other musician from across the musical spectrum including alt rock/punk bassist Caryn Larrinaga, former concert pianist Eric Lo on keys and guitar, and Mike Paine a guitar player from the world of Jazz and Blues.  This cacophony of styles has been blended together into something that is quite pleasing to the ear.  In their words they incorporate the passion of Red with the power of Black to create a sound that is all their own.

Early this year The Red On Black released their debut EP Before The Start.  The 5 song record shows off the band’s diverse talents through songs of heartbreak, dreams, wild nights and the end of the world.  The opener ‘American Origami’ is a schizophrenic piece that puts everything together into one diverse genre that hits the listener like a punch of sound.  This is a song that has to listened to a few times to let each part seep into your ear.  The straight up rocker ‘Black Chrome’ is a powerful song that brings memories of classic rock at its finest.  The bluesy ‘Modern Art’ shows off some true musical talent in a song that begs to have a fun crowd swaying back and forth to.  The closer ‘Nikolette’ brought flashes of early Fountains Of Wayne to my mind with its subtle but excellent guitar work and earnest vocals dying to be heard.  For a debut record this is an impressive work that leaves this reviewer yearning for more.  These 5 songs will be playing in the Indie Band Guru offices for the next few weeks.  Go get yourself a taste of The Red On Black at: http://theredonblack.bandcamp.com/

JoneZen - Story Of Survival With His New Album 'Live... Previous
Richard Murray - Excellent Storytelling With An American... Next 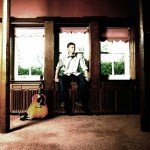