Sometimes out of tragedy there are positives.  It often takes an extreme situation to push a band into the dedication needed to take their group to the next step in a music career.  Our new friends in The Slack Tide are a good example of this and are now on their way.

The group from Long Beach, NY has been a staple of the local bar scene for a while, both for their music and their drinking.  The Slack Tide’s laid back approach to live shows and spontaneity has made them a fan favorite.  It took the fate of the coming Superstorm Sandy that hit the northeast coast to force the boys to grab their instruments and head for higher ground in Manhattan.  While stuck in this little apartment for three days, power was lost, warm beer was drank, and music was written.  A year later these songs were chosen to feature on The Slack Tide’s debut album.

Released on October 31st, 2014, on the 2 year anniversary of the Superstorm that spawned it All The Channels In Between is more than just a collection of random songs.  Right from the opener “Change” you can feel that this is going to be a fun listen.  The guitars bounce along with Rory Thompson’s entertaining singing style.  Some more raw emotion is thrown onto tape on “Honey Suckle Rose” with its raw but upbeat sound.  The band shows a more rocking side on “Casino” with driving guitar and a fast paced drumbeat pushing the song forward and getting your foot tapping along.  The record closes as it began with more fun on “Shake Your Mind”.  It leaves you with that feel that the band is playing at a raucous house party that you were lucky enough to get invited to.  For more good times keep up with The Slack Tide at: www.theslacktide.com 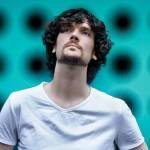