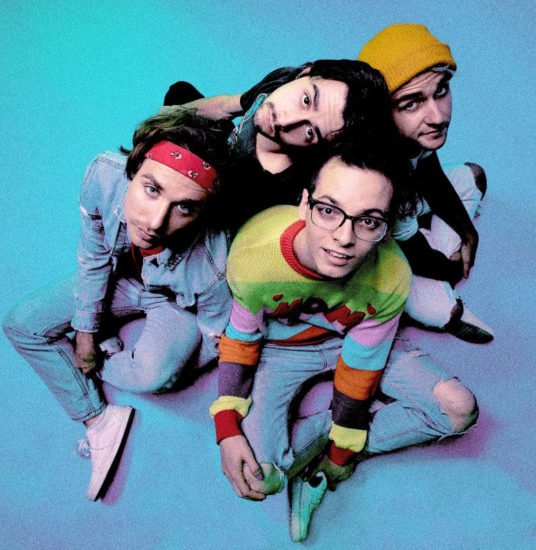 The Wrecks released their newest single, “Fvck Somebody” on December 6, just in time for the holiday season. We face a barrage of cute couple pics as we scroll through Instagram – looks who’s engaged! Another pose in front of the Christmas tree; ice skating; snuggling up by the fireside for the cold winter months. It’s almost too much, and the Wrecks agree. This is a single for the folks who dread the obligations that come hand in hand with Christmas cheer: splitting your holiday plans in half, attending family parties with that overly Conservative uncle you’re not even related to, trying to figure out what to get her mom – the list goes on and on.

In a recent press release, frontman Nick Anderson explains the line of thinking behind this sardonic declaration of love: “No one wants to be the bad guy. Especially when you’re in a relationship that seems fine on the surface, but you know isn’t going anywhere. So what do you do? Well, I think you’re supposed to have a mature conversation about your feelings and, with a contrite sadness, gently end the relationship with tears and well-wishes. But the last time I tried that, my girlfriend ran barefoot onto the freeway. So I think it’s better to just suffer passive-aggressively until your significant other decides to fvck somebody else and you finally have an out… No? Just me?”

However, it’s not just Anderson who feels this way, as the band recorded 117,000 plays in the first week after “Fvck Somebody” dropped – more than any song previously released by The Wrecks.

Anthems you can relate to

Best known for producing righteous anthems such as “Favorite Liar” and “Freaking Out,” lead vocalist Nick Anderson, bass player Aaron Kelley, guitarist and vocalist Nick Schmidt, and drummer Billy Nally have burst into the alt rock scene bringing heart and sarcasm to crowds across the nation. Their songs are a direct tribute to their personal experiences in dating, growing up, and just trying to get through the damn day.

Touring with the likes of New Politics, The Maine, All Time Low, and Nothing But Thieves, The Wrecks try not to quarantine themselves to just one type of sound. In an interview with 107.7 Alt Radio last year, Anderson explained, “People just have to go and listen to it. If they like alt, if they like alt-rock that’s catchy and fun and energetic, they’ll like our band. Our demographic is everybody, so if you have lungs that work, even if you’re not a human, you’ll like our music.”

The Wrecks are giving guys

Wrapping up their December tour with Silversun Pickups, the boys have shown plenty of holiday spirit by using proceeds from the ticket sales of their Wrecksmas holiday show in Santa Ana, CA to buy holiday gifts for families in need through the Salvation Army’s Angel Tree Program. This extends to all their merch available online here.

Listen to “Fvck Somebody” now or just keeping sipping that eggnog. Either way, Happy Holidays! 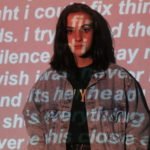 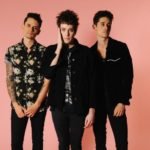