There are individuals out there that are so full of music that it sometimes seems to be bursting out of them.  The man we discovered today has written over 8000 songs, most of them in the highly skilled genre of classical composition.  This is no easy feat but he uses all his experiences travelling around the world and transforms them into song, sometimes writing as much as 20 songs a day.  Welcome to the mind of Thomas Schoenberger.

Thomas Schoenberger is getting rave reviews these days for his original and explosively talented classical compositions. His new release, “Nothing ever goes as planned”, a bluesy punchy song filled with a timely message of “steady as she goes” demonstrates his increasing awareness of a world gone mad.  From privacy to meteors, Schoenberger’s music seems to have struck a chord with listeners tired of sweet nothings. As the world stops making sense, Schoenberger talks about alienation, a need to regroup, a need to wake up.  Schoenberger speaks of revolution in a historical context, with clever lyrics that seem to be more than just words. “Every time I take a stand, nothing ever goes as planned”…How many of us feel that way these days? Schoenberger speaks not just for a generation, but for a mindset….. The melody comes out of nowhere, and hits you right in the gut.  Schoenberger worked with the legendary Preston Glass as producer (Whitney Houston, Aretha Franklin).  Overall the poignant lyrics and atmospheric sound is what really strikes a chord. The constant songwriting has led Schoenberger to something that few artists ever achieve, 13 million views and counting. Get a glimpse of some of his impressive music and video work below: 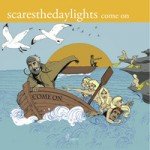 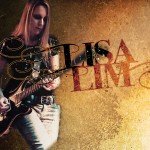