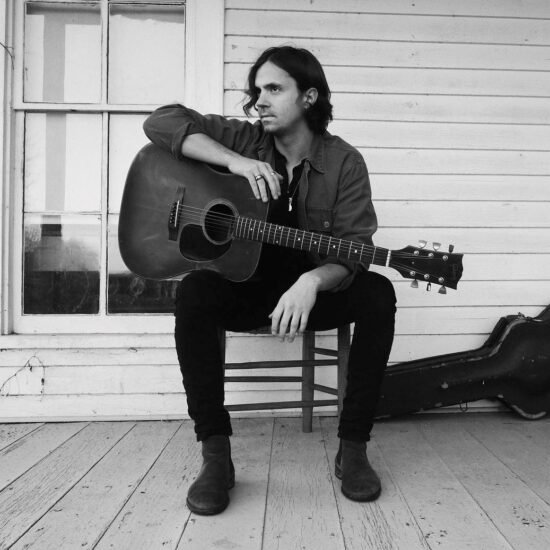 Since his teens, Tim Gerard has been refining his guitar and songwriting skills. From his early days, it was clear to hear how legends such as Ray Lamontagne, Sam Cook, BB King, and Eric Clapton (to name a few) influenced his music. His blend of Americana, blues rock with an undertone of soul created some outstanding moments from his work. It includes “Shallow Blue Mind” and “Serenade”. Both showcase his impressive guitar skills and rock ‘n’ roll vibe. But he can slow things down to show off his softer side, as the tracks “Verona” and the incredible “Self Sabotage” can confirm.

As the world went into lockdown, Gerard used the time to work on his album Right From The Start. Together with Gordon Torr (Kill Yourself & Count to 10), they began writing. The new material would “be a candid and honest exploration of his life, loss and love as a travelling musician and artist”. Once done, he began recording with help of producer and friend Archie Sylvester (Ferris & Sylvester). They said: “the approach of the album was to record it the ‘old school’ way, live without a click. They limited themselves to only sixteen tracks on each song to capture the raw performance in the recordings”. Now it is ready for the world to hear.

Gerard shows he means business with his opening track, “London Oh London”. He comes out swinging with some blues-rock goodness. His guitar sounds so sexy with the riffs he is playing. It sets the mood for his story to begin. He does so with the lines, “I couldn’t hear nothing above the noise at the bar / The girls at the front were hitting it hard / Was at the Monarch, trying to impress / Some A&R Guy, the place was a mess”.

The lyrics offer a taster of what it’s like being a musician in the UK capital. As reflected in the lines such as, “Booked one last gig to pay for the rent / Took the rush-hour tube down to the Ned”. He talks about the different sides that the place can offer but sums it all up in the chorus with, “London oh London / this London of mine / got the prettiest face and the dirtiest mind”. While his story is free-flowing, the bluesy soundtrack (especially his guitar) is a delight on the ears. It all comes together to create the first (of many) outstanding tracks from the album.

Changing the pace comes “Who Said”, a great showcase of Gerard’s storytelling qualities. Both himself and Torr have put together a detailed and compelling tale. So many times that the lyrics paint various scenes. It includes the opening lines, “Before it even started we knew how it would end / There were footprints in the desert, there was trouble in the wind”. Following on is “Pretender”, which offers more of their way with words.

So far, Right From The Start has produced a standout moment with its opening track, and now it delivers another with “Rotterdam”. This time, Gerard lets his own lyrical talents shine as this one was written solely by the man himself. From its opening lines, “Took you out in the rain / A February get away / Rolled on though the cobblestones / We got lost, feeling stoned”, the detail of their words grabs the listener’s attention. It’s a tale that is so easy to enjoy with its effortless vocals and relaxing guitar sound. It has an old school folk-americana feel that has an irresistible charm.

Right From The Start is the perfect showcase of the musical and storytelling qualities of Tim Gerard. So much depth and soul, it is an album that needs to be heard.

A song lasting over five minutes, “As The Crow Flies”, is a sublime moment within the album. Its delicate guitar introduction gently pulls in the listener. Gerard opens up the story with, “This morning over Greenwich, not a trail up in the sky / Just a single blackbird looking down on me from high / I wanna ask if it can see all the way to Rome / Or tell me once and for all how far I’ve come from home”. Each word is delivered so effortlessly and with an irresistible charm to it.

As the song continues, its effortless tone flows until the midway mark. After that, its mood switches as his guitar adds some attitude to lines such as “There’s a tide, in the affairs of men / leads to fortune, so they say / Up here in the crows nest / looks more like a wave”. After that, his guitar is set free to steal the spotlight. The mood soon slows back down before it changes again to end things with a bang. It’s a rollercoaster of a track that deserves your listening time!

Gerard ups the tempo yet again with his track “Blue Skies”. With it, more of that rock ‘n’ roll energy. He then slows things down and offers more of his stunning guitar skills with “Savannah”. It includes a gentle vocal delivery that features in “Right From The Start”. As the album approaches its finale, “Don’t Have To Try” offers an Americana mood with more of his captivating vocals.

Closing out Right From The Start is the beautiful “Shadows”. As soon as it begins, you will notice the presence of a piano instead of Gerard’s guitar. The change creates something different not heard throughout the album. Once the keys set the mood, the story begins, “Oh, it’s hard to be honest / When you’re losing a fight / A flame in the darkness / a deer in headlights”. As always, the writing partnership creates another deep and compelling tale.

As it continues, Gerard’s delivery impresses yet again due to the honest emotion within his tone. A quality that shines further when the chorus arrives. You can feel each word of “Am I holding you back / Are you letting me go / If ever you’re leaving / I want you to know / If only one candle burns in the night / All of our shadows won’t put out the light / All of our shadows will never put out the light”. It is a beautiful moment and a perfect way to end a stunning album.

To accompany his outstanding collection of songs, Tim Gerard has created 11 watercolour paintings to reflect each track on the album. He says, “They are a visual exploration of his lyrics and can be enjoyed for themselves or as an accompaniment to the music”. To find out more, head over to ArtDog London. 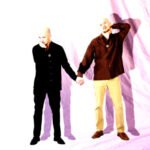 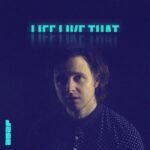